Man accused of killing his own mother: 'If it wasn't for PCP, she'd be here' 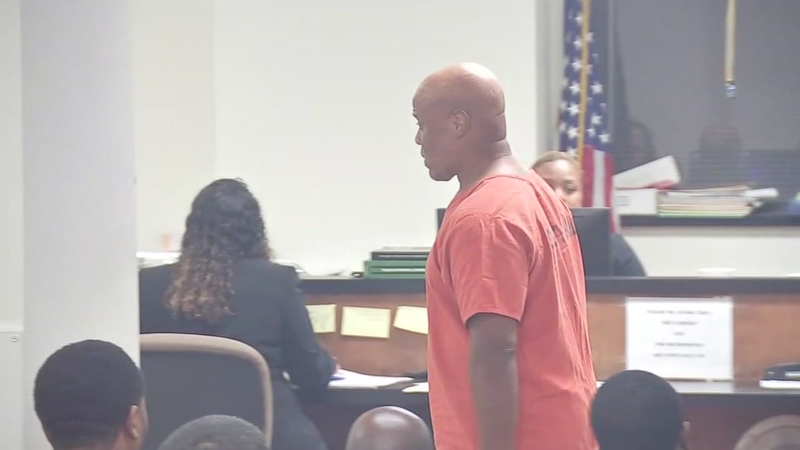 Man accused of killing his own mother: "If it wasn't for PCP, she'd be here"

HUMBLE, TX -- An ex-con said he stabbed his mother, Vertie Hamilton, 79, to death while hallucinating on drugs.

In an exclusive interview from Harris County jail with ABC11's sister station KRTK, Garry Jenkins, 56, said he wishes he could go back in time and save her life.

Speaking in a matter of fact tone, Jenkins said he was already high on cocaine Sunday morning before the alleged killing took place.

He said someone then offered him PCP.

According to him, he smoked two "sticks of PCP."

He said he started to hallucinate on the drug and heard a voice.

Jenkins said the voice told him to grab a kitchen knife and kill his mother. He said he then carried out the killing.

"I heard a voice in my head," Jenkins said. "I'm not the monster they're painting me to be. If it wasn't for PCP, she'd be here. She's my best friend. I love her. I've asked the Lord to forgive me. I never wanted to hurt her."

Jenkins' brother A.J., who is in California, shared with him what Garry said. A.J. said his brother killed the person who most cared for him.

A.J. told KTRK that Garry was a star athlete in high school and a good student who later served in the military, but was always a follower and spent time with people who led him down the wrong path.

"He's not a monster," A.J. said. "That would give him way too much credit. In order to be a monster, one has to be cunning and smart, and you know these people are very deliberate. There's nothing deliberate about him. When you see that child in the supermarket laying on the floor kicking and screaming because they can't have a cupcake, that's him. So, unless you can call that child a monster, he's not a monster. He's an idiot."