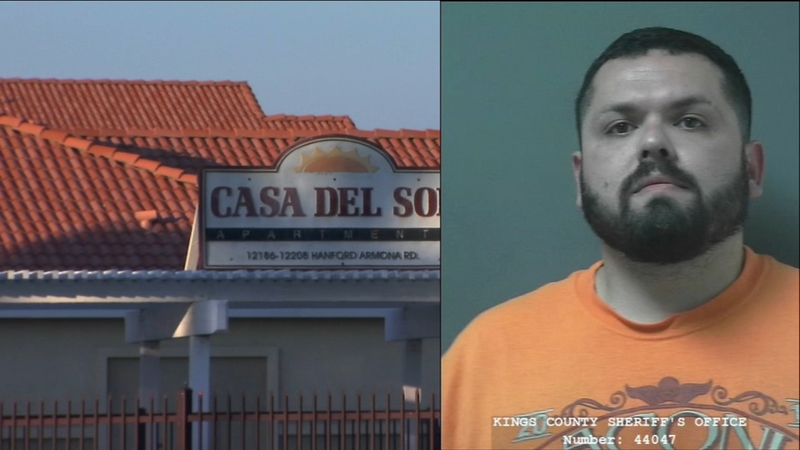 Blood, screams, arrest: How an online first date turned into a nightmare

FRESNO, Calif. -- A woman ran along a California sidewalk, covered head to toe in blood, screaming for help after allegedly being raped on a date.

Kim Burch, who lived near the crime scene, heard the sirens and walked outside to see the grisly scene.

Officers said the victim was on a first date with 32-year-old Jimmy Newman.

Police said she went to his apartment after talking to him online.

Authorities said as soon as she walked in, he stabbed her in the hand, the back, and then raped her.

She was held prisoner for more than 45 minutes before breaking free.

Once outside, she got into a car with a male driver and fled.

Police said Newman had a prior drug history and ran away before officers showed up.

Detectives arrested him two days day later after a brief stand-off in Armona.

"It could have really been, I'm not going to say worse because that's probably the worst thing that's going to happen to her in her life, but she still has a life now," Burch said.

Police said those on dating apps should always pick a public place to meet, avoid going out alone at night.