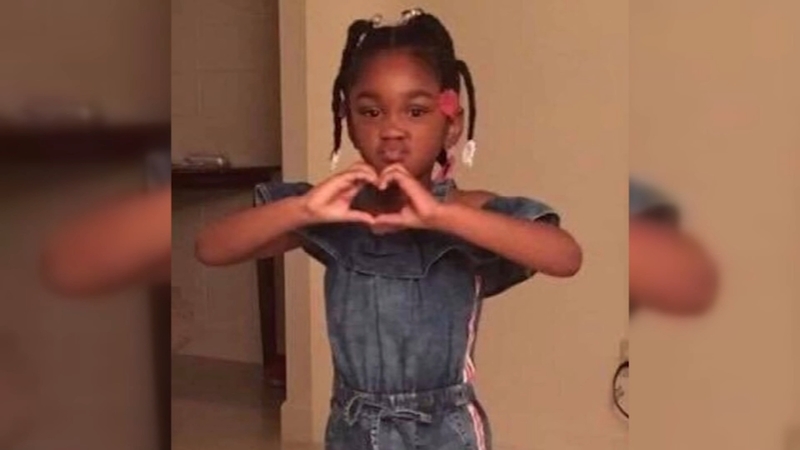 SUMTER COUNTY, SC (WTVD) -- A 5-year-old girl who has been missing since her mom was found dead in a South Carolina apartment Monday night is believed to be dead.

Police officers in Sumter County said the search has shifted to a recovery effort.

Police said Nevaeh Lashy Adams was reported missing after her mother, 29-year-old Sharee Bradley, was found dead in their apartment.

Nevada Adams, 5, missing after mother found killed earlier tonight. If you see her or know anything that could help officers call 911 immediately or contact SPD at (803) 436-2700. pic.twitter.com/ugSI7Asnq0

A search was issued for Bradley's three children: her 3-year-old son, 13-year-old daughter and Nevaeh.

During search efforts, police made contact with the suspect, 28-year-old Daunte Maurice Johnson.

In a news conference, Chief Russell Roark alluded that Johnson was one of the children's father.

Officers said he was seen leaving the crime scene but was later found and taken into custody.

During the interview, police said Johnson confessed to killing Bradley and her daughter.

Johnson told investigators that he put the girl's body in a dumpster.

Officials then searched through nearly 230 tons of garbage at the county landfill in an effort to find her body.

Officers said they will not stop until she is found.

"Finding this little girl is first and foremost and we have and will continue to use every resource available to make that happen," said Roark. "Our prayers are with the family and we will continue to assist them throughout this tragic ordeal."

A preliminary investigation by the coroner's office determined Bradley had been dead for several hours before she was found.

Based on the information provided, police said they believe Nevaeh was killed around the same time.

Police are working to learn more about the suspect, who was also wanted in connection with a homicide in Missouri. Authorities described him as being "transient."

Johnson is being held on a murder charge.

This post has been updated to refect the girl's actual name. In an inital news release, police called her Nevada.