WTVD
CUNNINGHAM, N.C. (WTVD) -- A man died Friday after falling off a boat and into the water at Hyco Lake, officials say.

It happened around 9:45 a.m., when the man, along with another man, were fishing out on the lake.

One of the men, who hasn't been identified, fell off the boat, and the other man jumped in after him. The boat then floated away.

When first responders arrived, the second man was performing CPR on the man who initially fell in the water. EMS then performed CPR in an effort to save him, but they were unable to regain a pulse.

The man was then taken to Person Memorial Hospital where he was pronounced dead.

The second man was also taken to the hospital with reported chest pain.

No other information has been released, as the victim's family is being notified.
Report a correction or typo
Related topics:
ncsafetydrowningfishing
Copyright © 2020 WTVD-TV. All Rights Reserved.
DROWNING 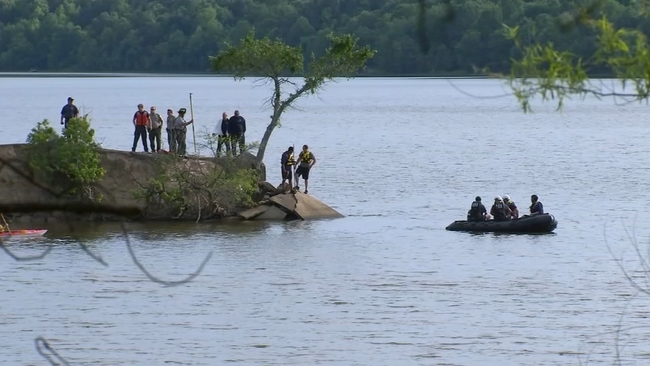