Man dies after he was stopped for DWI in Cumberland County 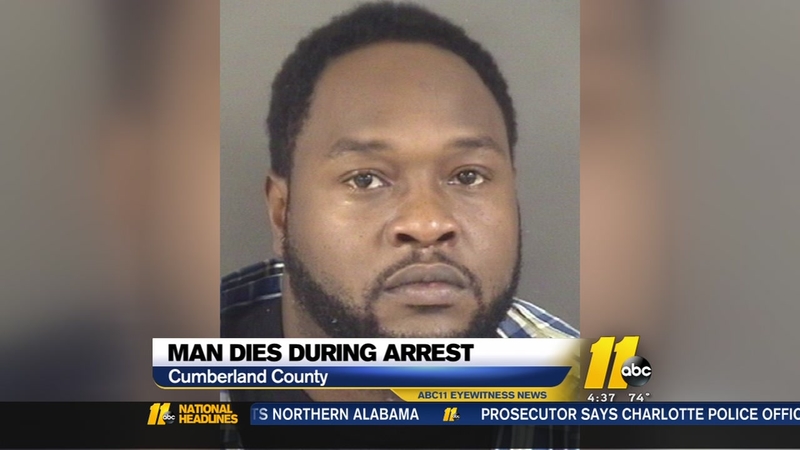 FAYETTEVILLE, N.C. (WTVD) -- ABC11 is learning more about the moments that led up to the custody death of a Hope Mills man.

According to the release, Young initially refused to stop for deputies on Fennell Road.

As they followed, they saw items being thrown from his car. When Young did stop on Chickenfoot Road, deputies took Young into custody for DWI and failure to stop for a blue light and siren. Deputies found a handgun in the car.

When he started having medical problems, deputies gave him first aid. They also continued caring for Young while he was in the ambulance.

Chief Deputy Ennis Wright said deputies tried their best to save his life.

"This job requires a lot, and these guys give a lot," Wright said. "You never want anyone to lose their life, you always try and help someone."

The 35-year-old had a criminal record that includes prior stops for speeding and eluding officers.

ABC11 spoke with Young's family, who says they're heartbroken, calling Young a "good father" and a family man. The sheriff's office also offered their condolences and promised a transparent investigation.

"Our condolences to the Young family and we'll see what the medical examiner says about what happened," the sheriff's office said.