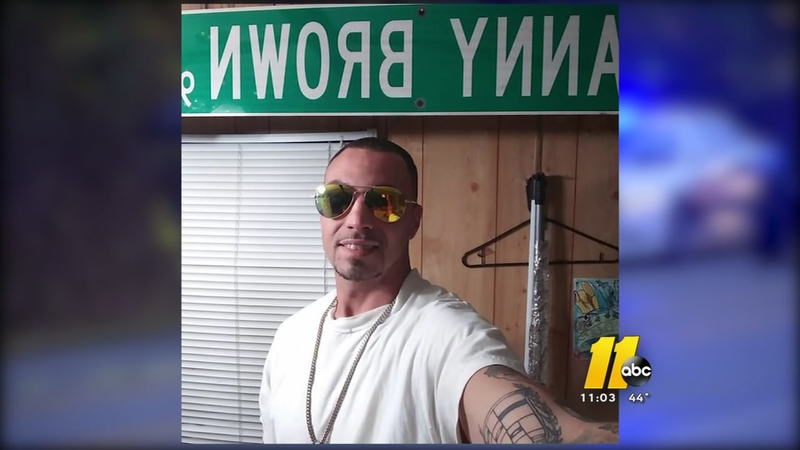 WAKE COUNTY (WTVD) -- A Wake County man told ABC11 on Wednesday that when he heard the news about a man in his 30s found dead on Old Stage Road, he just had a feeling it was his brother.

His fears turned into a shocking reality when the Wake County Sheriff's Office identified the body as that of 34-year-old Kevin Edward Thomas.

The brother, who did not want to give his name, said he didn't know why his brother was on the side of the road, but he said Thomas did have friends he would sometimes visit at the mobile home park nearby

Thomas was one of five children, his brother said. All the siblings live in Wake County.

Just talked to Wake Co Sheriff- they're working to figure out how man found on side of Old Stage Rd died https://t.co/fn51vxZqJD #ABC11 pic.twitter.com/ntCzFWrmOX

"In shock," the brother said. He said it still hasn't hit him that his brother is gone.

Sheriff Donnie Harrison said someone called 911 to report the body around 7 a.m., but deputies were not able to locate it.

They did find it - in a ditch along Old Stage Road west of Lake Benson - after a second call Wednesday afternoon.

Old Stage Road was closed after the discovery. It has since reopened.

Shortly after 4:30 p.m., authorities began moving Thomas' body out of the ditch.

It wasn't clear whether the man was hit by a vehicle, suffered a medical emergency, or the body was dumped there.

The brother said they identified the body by confirming Thomas' tattoos.

Thomas has two little girls - ages 6 and 10, who live in Wake County, his brother said.