Man hit by car during foot chase in Fayetteville 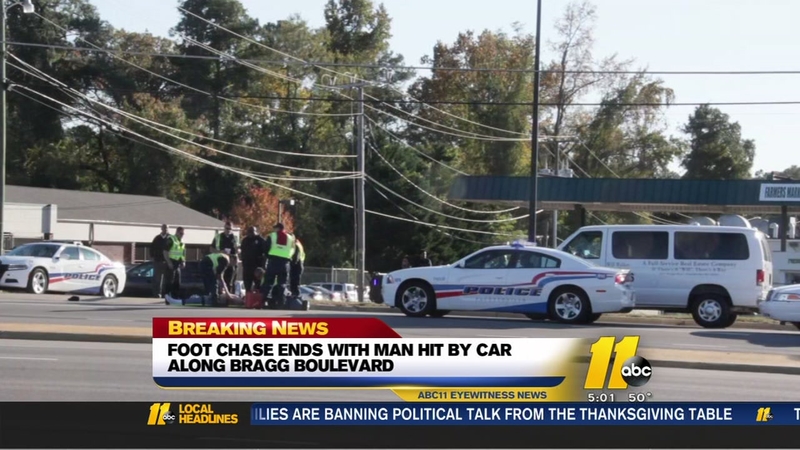 Man hit by vehicle during foot chase in Fayetteville

FAYETTEVILLE -- A man was rushed to the hospital after being hit by a car when he tried to run across Bragg Boulevard Monday afternoon. Our crew on the scene said he was being chased by multiple bail bondsmen.

It happened around 3:15 p.m. near Shannon Drive.

Police said the pedestrian, identified as Christopher Howell, 27, ran out in front of a Ford truck.

Howell, of the 1800 block of Tryon Drive, was taken to Cape Fear Valley Medical Center and remains in critical, but stable condition, according to police.

The driver was identified as William Walker, 54, of the 1500 block of Edgeware Court. Walker was not hurt in the collision.

The FPD's Traffic Unit continues to investigate the crash and additional information will be released as it becomes available.

Anyone with information regarding the traffic crash is asked to contact Officers with the Fayetteville Police Department's Traffic Unit at (910) 433-1885 or Crimestoppers at (910) 483-TIPS (8477). Crimestoppers information can also be submitted electronically, by visiting http://fay-nccrimestoppers.org and completing the anonymous online tip sheet or by text-a-tip on your mobile device by sending a message to 274637 (in the text box type "4Tip" followed by your message).