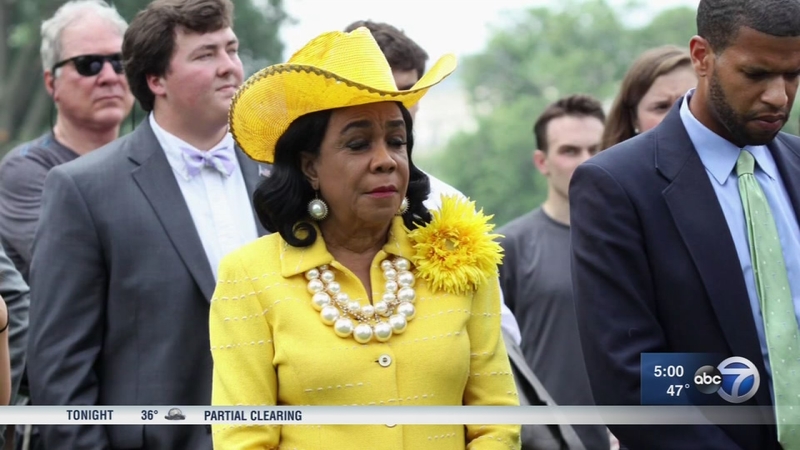 Rep. Wilson has been in the news recently over a phone call President Donald Trump made to the window of a U.S. soldier killed in Niger. The threat is being investigated by the FBI and Capitol Police.

The man said he's been framed. Federal investigators are now looking into who posted the racially-charged threat.

The threat, allegedly posted on Facebook by the northwest suburban man, features a picture of Rep. Wilson with the caption, "Need ten good men to help carry out a lynching. Must have own horse and saddle. Rope will be provided."

The post has been deleted by the man, but not before authorities launched an investigation. The 54-year-old suburbanite denies authoring the racially charged post, telling the Chicago Tribune a stranger concocted he post after the two argued online about whether Wilson was using the deaths of American soldiers for her own political gain.

The congresswoman has been involved in a high profile war of words with the White House after she criticized the tone of the phone call Trump made to the widow of Army Sgt. La David Johnson, who as killed in an ambush in Niger.

Des Plaines police completed an investigation after receiving several emails about the post, which were turned over to federal authorities.

A spokesperson for the U.S. Captiol Police said they do not comment on ongoing investigations. The FBI released a statement, saying, "We are aware of a social media posting generated in Des Plaines, Illinois, and are in contact with local authorities."

The owner of the Facebook page told the Tribune he took the threat as a joke and said he did not use those words. The man said he and his family are receiving death threats.

Des Plaines police said no local charges have been filed against the man. According to her office, Rep. Wilson has been the target of other threats since criticizing the president's conversation.