Man killed by Durham police was shot 3 times, had PCP in his system 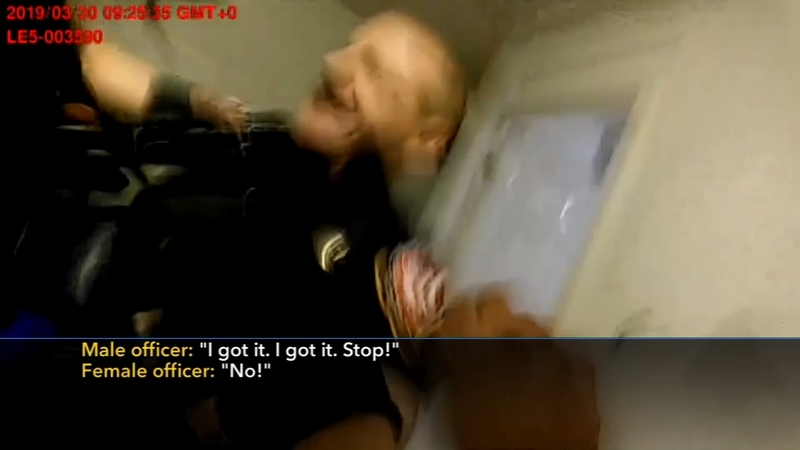 Man killed by Durham police was shot 3 times, had PCP in his system

DURHAM, N.C. (WTVD) -- A Durham man killed by officers during a domestic call in March was shot three times, according to a newly release autopsy.

Ondrae Levado Hutchinson, 30, died after the Saturday morning incident at a home on Bevel Court.

Four officers were involved in the shooting, but no charges were ever filed against them.

Durham Police Department said Hutchinson grabbed for an officer's gun and punched him in the face. The department also released body camera footage from the event.

The autopsy report released Friday said Hutchinson was shot three times in the torso, injured by a stun gun and had bruises from handcuffs on his wrist.