Markell Raekwon Hill was taken to WakeMed, where he died. Detectives are investigating the shooting as a homicide.

Neighbors told ABC11 crews they heard the moments shots were fired and the following sirens.

Julia Martin lives on the third floor at Village at Town Center Apartments. She said crime tape was wrapped around the lot and Raleigh police were talking to a man sitting in the grass.

"The cops pulled up. They were looking at him. And then a couple other cop cars and then they all ran this way," said Martin. "There were three ambulances. There was one guy on a stretcher and they were doing CPR on him."

Investigation underway on how two men wound up shot. The shooting happened here at the Village at Town Center apartments near the mall in #Raleigh @raleighpolice #ABC11 https://t.co/xRV4NpzGyp pic.twitter.com/2B2eGmVTKr

Neighbors in the area told ABC11 they believe there should be more patrols and security measures in place after this incident. No information has been released on a possible suspect.

Anyone with information on the incident is asked to call the Raleigh Police Department at (919) 834-4357.

"I'm going to definitely keep them in my prayers. Nobody deserves to get shot," a neighbor who wished to remain unidentified said.
Report a correction or typo
Related topics:
raleighgun violenceshootingapartmentguns
Copyright © 2020 WTVD-TV. All Rights Reserved.
More Videos
From CNN Newsource affiliates
TOP STORIES 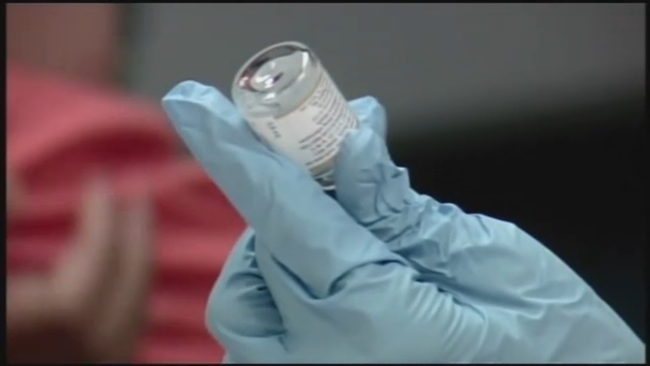