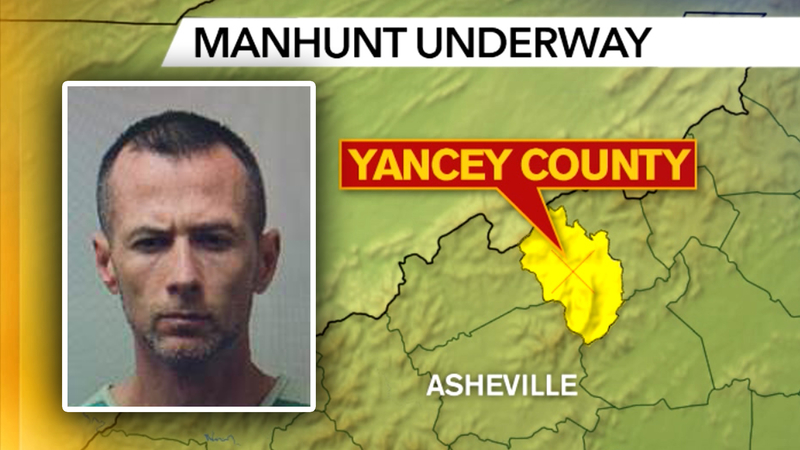 YANCEY COUNTY, N.C. (WTVD) -- Authorities have released a photo of a man they say escaped custody in Tennessee and could be in North Carolina.

The Yancey County Sheriff's Office (YCSO) is telling those who live in Yancey County to look out for the man and to "make sure vehicle keys are secured and home doors are locked."

ABC affiliate WLOS is identifying the man as Christopher Saults. Saults is considered dangerous. It's not known if he's armed.

In a Facebook post, the YCSO says Saults escaped from the nearby Unicoi County (TN) Sheriff's Office into Yancey County on Wednesday night. Authorities did not release his charges.