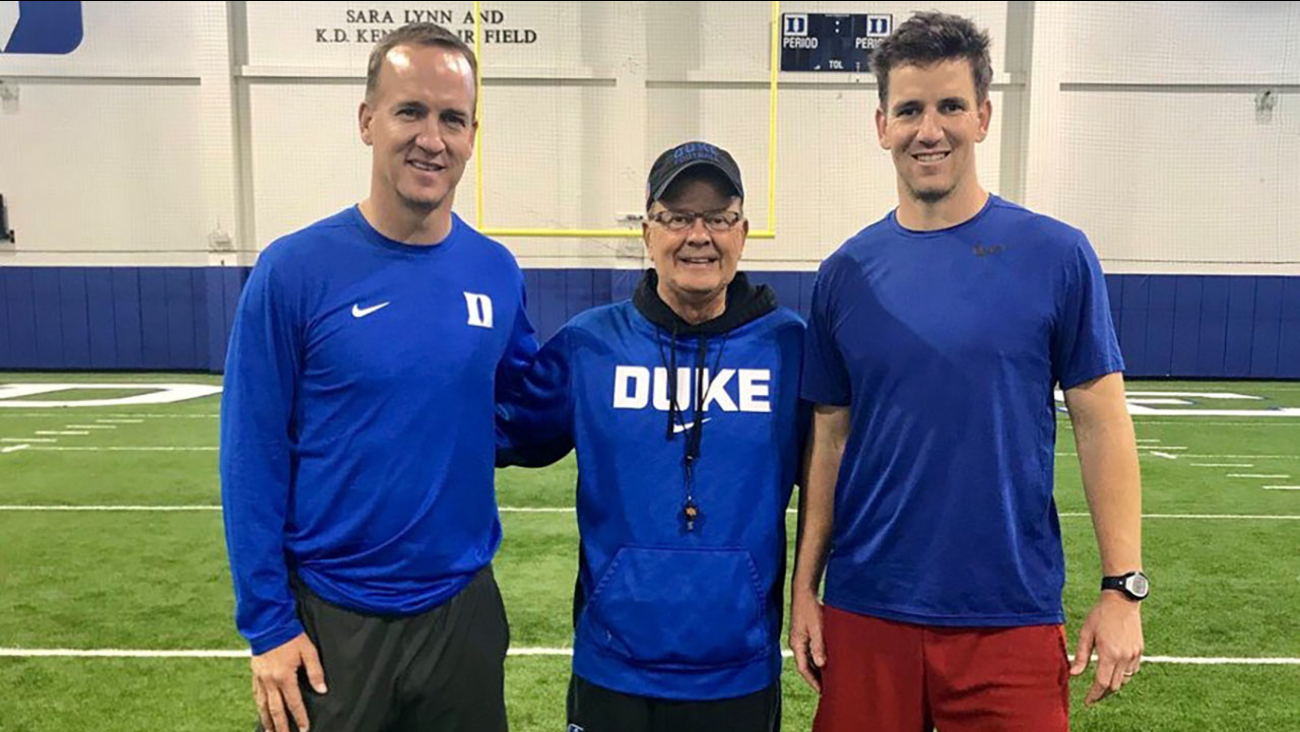 DURHAM, N.C. (WTVD) -- Peyton and Eli Manning were in the Triangle this week!

Cutcliffe, who was the former head coach at Ole Miss, recruited and coached Eli Manning back in 1998. After becoming Duke's head coach, he began inviting Manning and his older brother Peyton to Duke.

The annual training session was started several years prior to Peyton Manning's retirement.

Cutcliffe, who has been a mentor to the Manning brothers, shared his thoughts on coaching.

"The effect or influence you have on your players should reflect long after you're no longer coaching them," he said.

Derek Jones, the associate head coach at Duke, tweeted out about the event:

The affect or influence you have on your players should reflect long after you’re no longer coaching them. #Ap2w pic.twitter.com/UCIKLu4hkD