Marches against Islamic law to be held in many US cities

AP
By By: ANDREW SELSKY and JEFF KAROUB 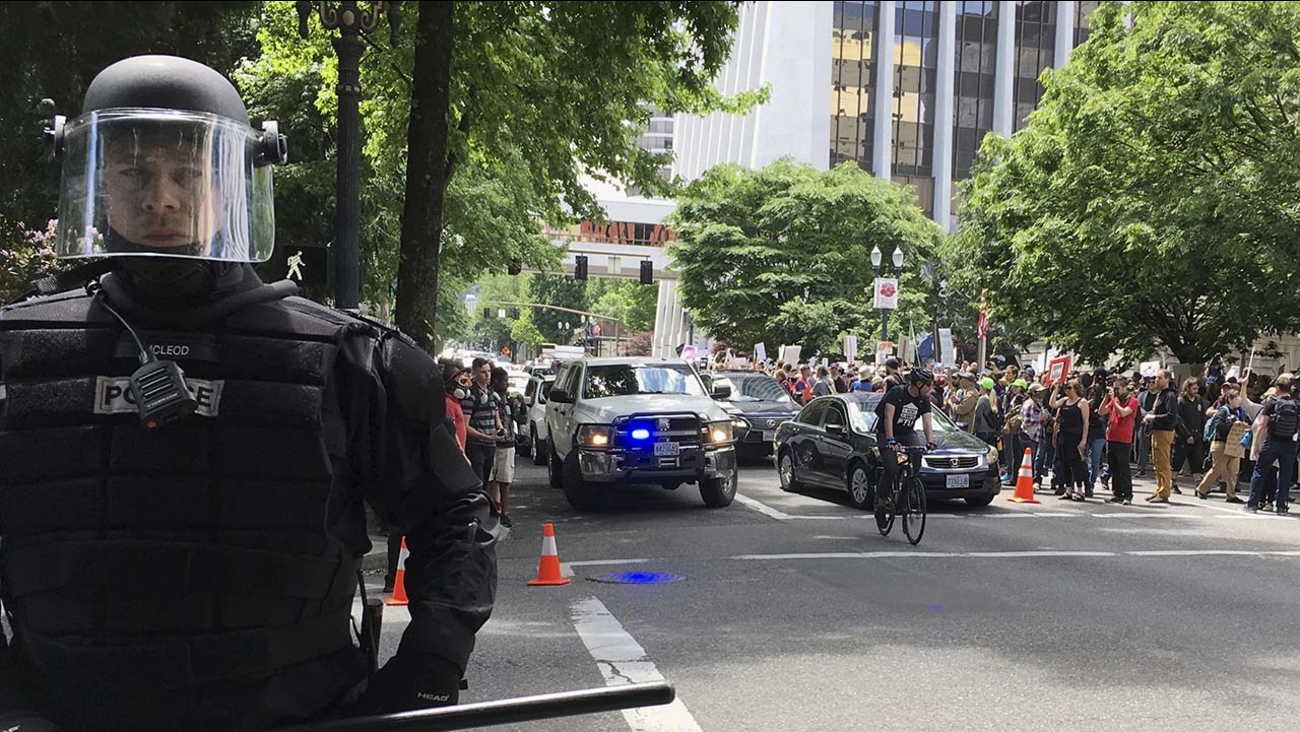 PORTLAND, Oregon -- Marches against Islamic law were planned Saturday in more than two dozen cities across the United States, but scholars and others say the protesters are stoking unfounded fears and promoting a distorted and prejudiced view of the religion.

The group organizing the rallies, ACT for America, claims Shariah "is incompatible with Western democracy and the freedoms it affords."

But most Muslims don't want to replace U.S. law with Islamic law, known as Shariah, and only "radical extremist groups" would call for that, said Liyakat Takim, a professor of Islamic studies at McMaster University in the Canadian city of Hamilton, Ontario.

Shariah, Takim said, refers to guidelines or principles - how Muslims should live. "Fiqh" refers to jurisprudence, or specific laws. The values embedded in Shariah do not change and are shared among Muslims, he said, while fiqh is open to interpretation and change, and in fact differs among Islamic sects and communities.

"In the public domain, Muslims are not required or expected to impose their laws on the country in which they live as the minority," Takim said, adding there has never been an understanding "that the same laws would be applicable at all times in all places."

"The Quran allows slavery, so does the Old Testament. That doesn't mean we allow it today, too," he said. "Laws are amenable to change."

The marches come amid a rise in reports of anti-Muslim incidents in the U.S., including arson attacks and vandalism at mosques, harassment of women wearing Muslim head coverings and bullying of Muslim schoolchildren.

But while there is little likelihood that Shariah would ever supplant U.S. law, some states have already moved to insulate themselves against the possibility.

Alabama, Arkansas, Arizona, Louisiana, Kansas, Mississippi, North Carolina, Oklahoma, South Dakota and Tennessee have enacted laws prohibiting the use of foreign law in state courts, according to the National Conference of State Legislatures.

In Idaho a Republican lawmaker earlier this year introduced a measure aimed at preventing Shariah from being applied, though an Idaho judge has never based a ruling on Islamic law.

Two far-right groups, the Oath Keepers and the Three Percenters, are to provide security at some of the anti-Shariah demonstrations, according to the Southern Poverty Law Center, which monitors hate groups.

ACT for America has chapters around the country and says it is focused on fighting terrorism and promoting national security. It says it condemns bias against religious groups and is "proud to stand shoulder to shoulder with peaceful Western Muslims as well as peaceful Muslims worldwide."

On Saturday counter-demonstrations were planned by opponents who called the events anti-Muslim.

Rep. Debbie Dingell?, a Michigan Democrat who says her district has the largest population of Muslims in the U.S., said the marchers "will be total failures on Saturday because we will be united against them."

Freedom of speech has already become a contentious issue surrounding the marches, apparently the first simultaneous anti-Shariah rallies held across the U.S.

A march had been planned for Portland, but an organizer moved it to Seattle after Portland Mayor Ted Wheeler called on the federal government to deny a permit. Wheeler said the rally would exacerbate tensions after two men were stabbed to death in May on a commuter train while protecting two teenage girls from a man casting anti-Muslim slurs.

Seattle was one of the cities where a counter-march was planned. Aneelah Afzali, who heads a Seattle-area group that works against discrimination and hate crimes, said she will also be putting up an "ask a Muslim booth" so people can ask questions directly about Islam, and dispel any misconceptions.