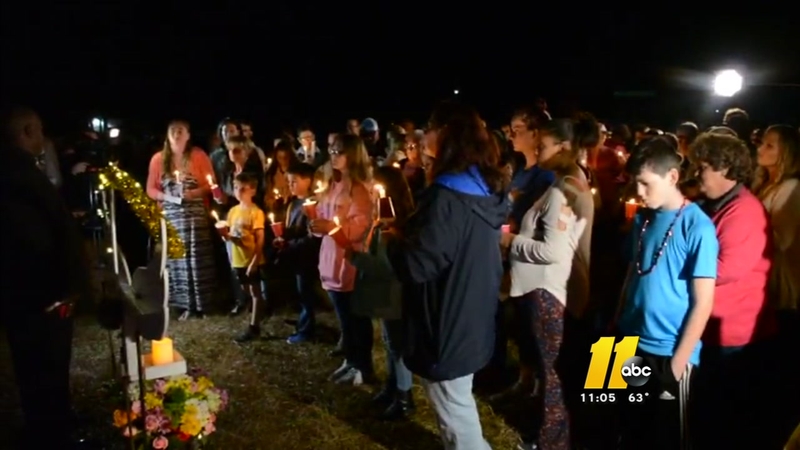 JACKSONVILLE, North Carolina (WTVD) -- A growing memorial sits not far from where 3-year-old Mariah Woods lived with her mother and two brothers. A somber tone was in the air as those attending the candlelight vigil reflected on the loss.

"We feel the pain, especially as a father," said Onslow County resident Dominique Woods. "We just can't imagine. It was hard for me to write it (a memory book for Mariah). Just think if something happened to my son. I wouldn't stop until I got justice for it. "

The child's tragic death resonated with so many. At least 100 people turned out to honor the toddler whose life was cut so short.

Hundreds upon hundreds of stuffed animals and other gifts are coming in from all over the world.

"Things have been coming in not just from our county or the counties nearby. We have items that have come in from Africa and the United Kingdom," said Angela Wiles, the organizer of the memorial.

Wiles started the memorial Saturday with just three stuffed animals representing her children. It was a ripple effect that continues.

"There's been many things that's been overwhelming to see. First responders breaking down as they bring a bear or a little girl bringing a cookie wanting Mariah to have something to eat," said Wiles.