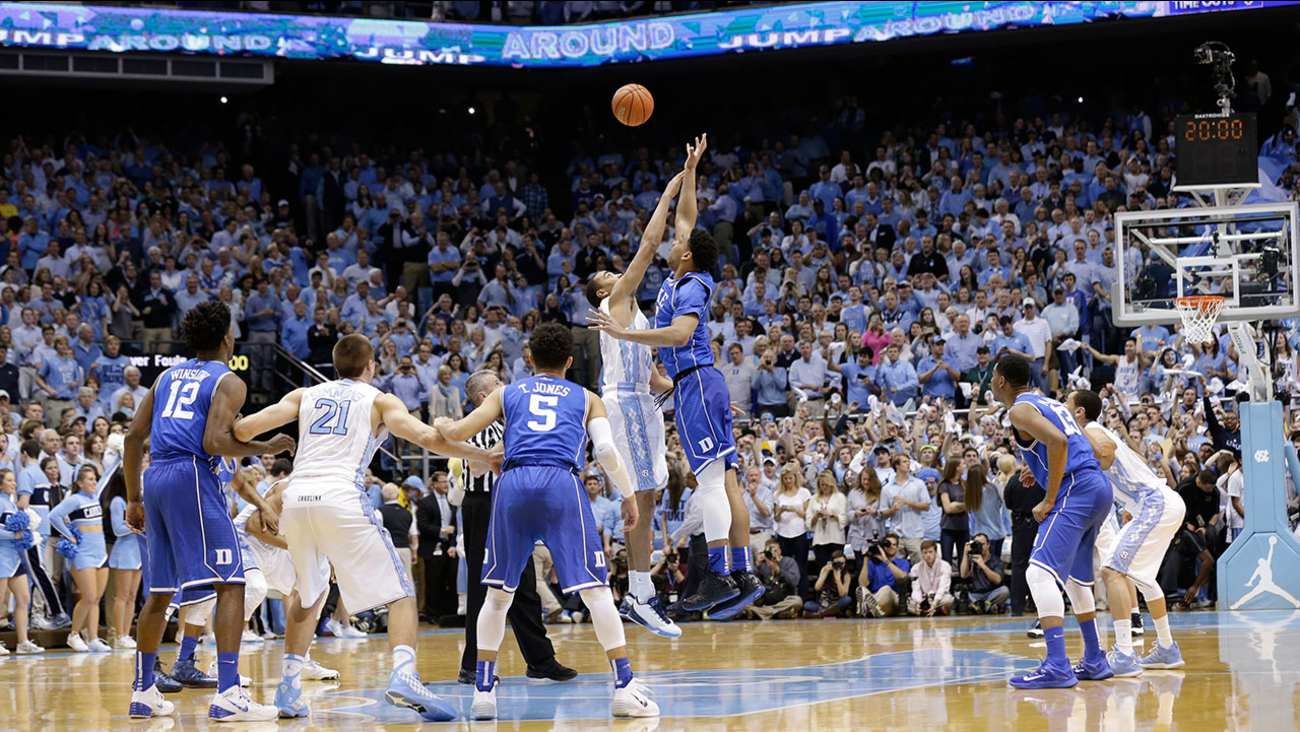 DURHAM (WTVD) -- I think it's fair to say Duke stole one in Chapel Hill last time out. The Blue Devils earned every bit of that theft, but never should have had the opportunity. North Carolina knows they let one get away and with a regular season crown in the balance Saturday, I don't anticipate they'll let it happen again.

The keys should be the same this time out. Absent Amile Jefferson, Duke still has no shot at defending Brice Johnson. The Heels issue February 17 was totally abandoning Johnson in the final 12 minutes, eschewing his parade of dunks and layups for a bunch of ill-advised early clock jumpers by Joel Berry and Marcus Paige. Not only were the shots not wise, but both Berry and Paige were icy cold. That same doomed combination won't happen again.

Duke's advantages are easily identified -- they go by the names Grayson Allen and Brandon Ingram. The Devils won in Chapel Hill by going exclusively to their money men down the stretch with a series of iso plays. It was an NBA strategy featuring 2 future NBA players. They made several - wait for it - NBA shots. I expect big performances from both fellas again tonight, I just don't think it'll be enough.

The wildcard for Duke remains Luke Kennard. He was a difference maker in round 1 off the bench, especially after Matt Jones went down with a first half ankle sprain. He needs to be superb again. Jones, Marshall Plumlee, and Derryck Thornton are steady, but they can't swing the pendulum Duke's way. Only Kennard can do that.

UNC always seems to play better in Cameron. They are a team of nice guys, but they play with a needed edge in Durham. The Heels should have beaten last year's vastly more talented Duke team in Cameron (Tyus Jones says hi). This year, they have the horses. With the ACC Tournament's top seed in the balance, revenge for February and what should be an overall rivalry chip on their shoulder, I think the Heels get the win. Call it 86-81.