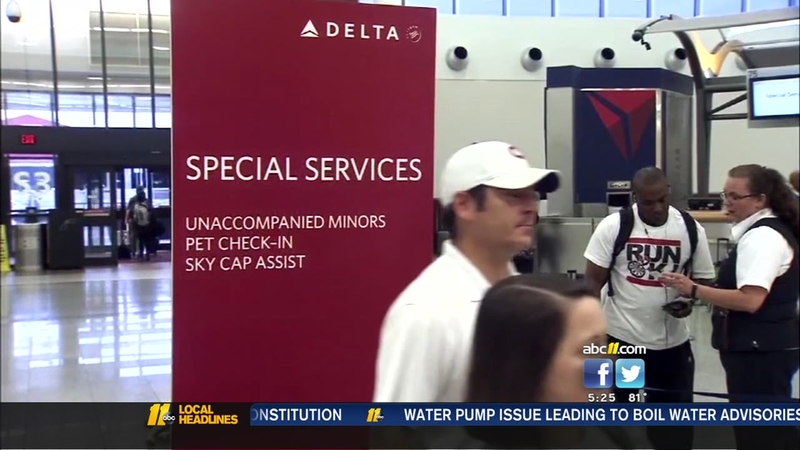 A passenger on board a Delta Airlines flight was mauled by an emotional support dog Sunday.

Marlin Jackson was described to be very bloody after the incident took place.

The owner of the dog, North Carolina resident Ronald Mundy Jr., and his dog were involved in the frightening episode moments before take-off.

The flight was traveling from Atlanta to San Diego.

Other passengers on board the plane say the dog was a mixed Lab.

Jackson was seated in a window seat, with Mundy and his dog beside him.

"His face was covered in blood, around his eyes, nose cheeks, shirt. When he walked out, he had a cloth over his face and was completely bloody," said passenger Bridget Maddox Peoples

Delta Airlines said police were called to the scene, and that Mundy and his dog were booked on a later flight.

The dog flew in a kennel on the rescheduled flight.