Durham 18-year-old accused of killing man while he was wanted by police for separate kidnapping, rape 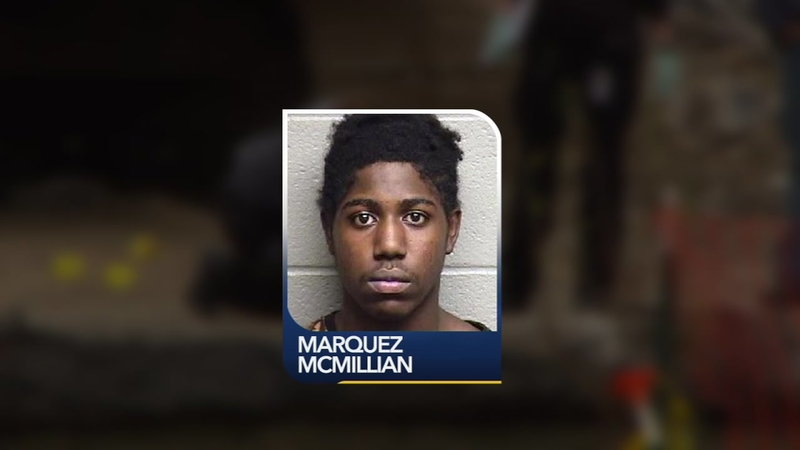 DURHAM, N.C. (WTVD) -- An 18-year-old accused of murder and rape in two separate crimes is now behind bars, according to Durham Police Department.

McMillian is accused of killing Edward Abdullah, 63, and dumping his body at a construction site off South Alston Avenue. Abdullah's body was discovered Monday morning.

18-yr-old Marquez McMillian was arrested Monday night after crashing a stolen car near this Durham Burger King. The car belonged to the person he is accused of murdering. He also was charged with kidnapping/rape of a woman from over 2 weeks ago. #ABC11 pic.twitter.com/qgM73gnre8

Monday night, a car crashed into a sign in the Burger King parking lot on NC 55. The car belonged to Abdullah, but it was being driven by McMillian.

"I was here last night," said a Burger King worker, who described how McMillian responded after coming face to face with police. "He didn't really do too much. He had on a hoody ... and he was looking kind of frantic."

When officers arrested McMillian they discovered he had outstanding warrants from an Oct. 29 crime that happened in the area of Lakeland Street.

In that case, police say McMillian kidnapped, assaulted, and raped a woman. The woman survived, but she sustained serious injuries.