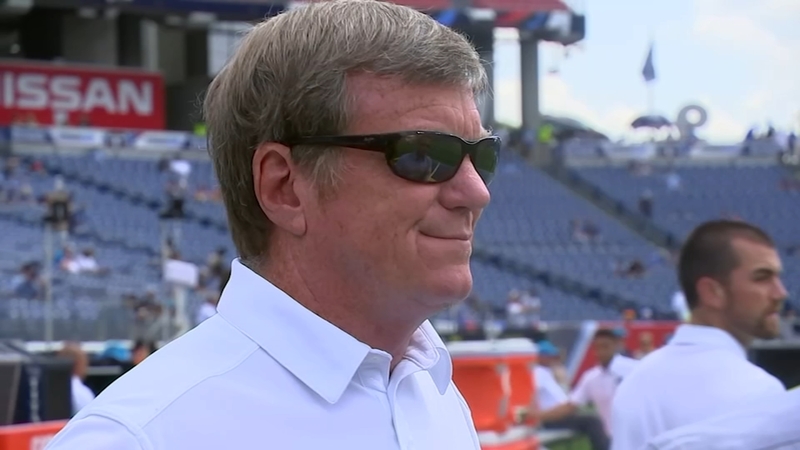 CHARLOTTE, N.C. (WTVD) -- Over thirteen years and two different stints with the Panthers, Marty Hurney had unquestioned success in a difficult league: four division titles and a trip to the Super Bowl. Monday, that reign came to an abrupt end as Hurney and the Panthers part ways.

Even though Carolina has only four wins this season, the move was more or less inevitable in the mind of team owner David Tepper.

"Just over the last past week or so I think as we discussed with Marty it was mutually best for both sides," Tepper said.

Tepper will continue to put his stamp on every aspect of the organization, including hand picking a general manager--the next step in a long process.

Hurney unearthed some of the best players in franchise history including Cam Newton and Luke Kuechly. His process, however, differs from how Tepper would ultimately like to do things.

"I think Marty is a little more traditional and I'm probably more data driven and analytical. Just sometimes you need a change and I think it's that simple," Tepper said.

The question is: why now, with just two games left in the season and right before Christmas? Experts speculated that Hurney might be interested in joining Ron Rivera in Washington.

"I think some of the timing of this decision was out of respect for Martym to make sure he has the opportunity to look at other places," Tepper said.

Since taking over the organization two years ago, Tepper said he's learned a lot from Hurney, which is why he kept the general manager on after the coaching switch to Matt Rhule last summer.

"He's a good evaluator of individual talents," Tepper said. "Quite frankly, I think it was good for Matt and for me to have another year with Marty. And I think it's not bad to have a good teacher around to teach you some aspects. And at some point you graduate to see if you can do other things away from it, maybe better."