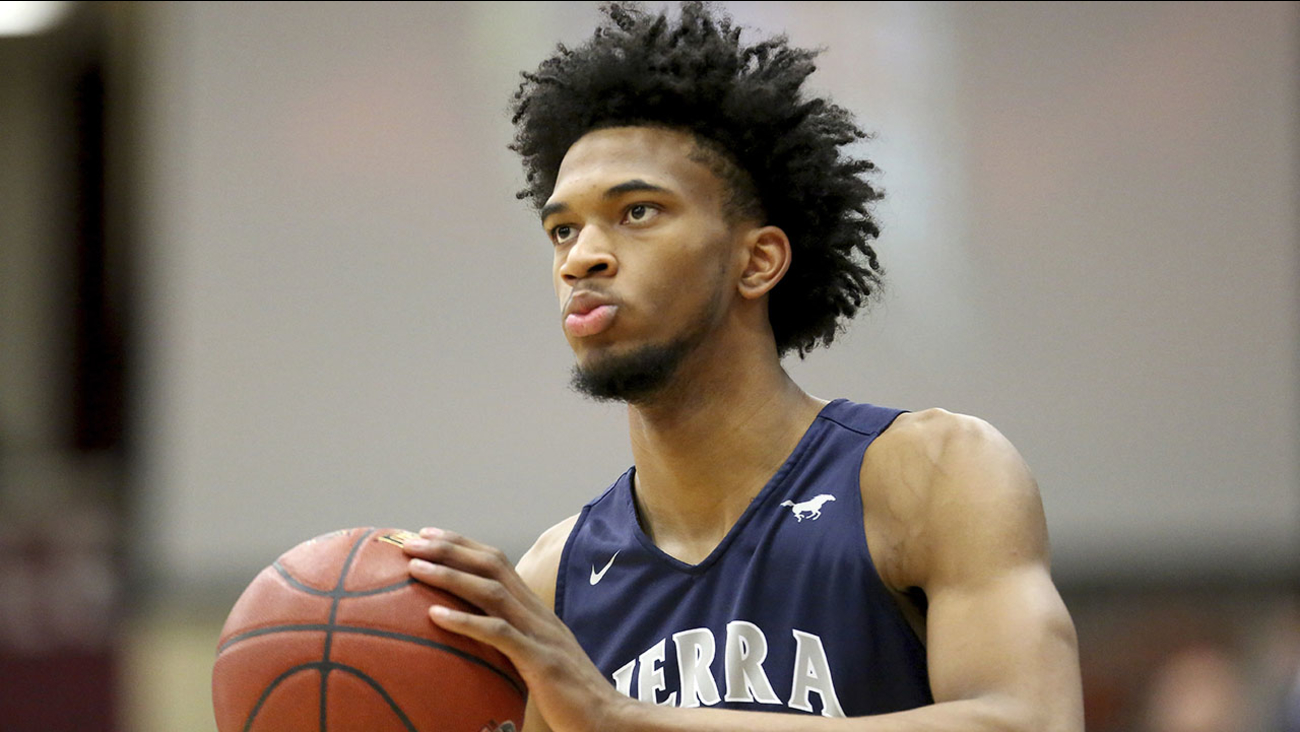 The latter being he'll play basketball at Duke. The former, he's reclassifying, which means the top player of 2018 (and maybe '17 and even '16) plans to forgo his senior season of high school and will join the Blue Devils' class of 2017.

"I had a good feeling there, ever since they offered a scholarship in ninth grade," Bagley said. "You have to be special to be a part of it."

Bagley made the highly anticipated announcement live on ESPN's SportsCenter.

He said head coach Mike Krzyzewski preached "brotherhood," and he wanted to be a part of it.

Bagley III is 6-11 with a lethal outside touch that can be used to stretch the floor.

Duke moves from 7-1 to 3-1 to win the national title after the Marvin Bagley III announcement.

His addition to the class makes Duke a legitimate national title contender, as they were a year ago. Duke also has top guard Trevon Duval and one of the top forwards in the class, Wendell Carter. Stick them with senior Grayson Allen and Marques Bolden and you have the makings of a super team.

Of course, we all thought that last year and it didn't work out so well. This could be different simply because Bagley III is that good. Maybe the best player to step on campus in Durham in years. And Duke has had some pretty good recruits over the last few hauls.