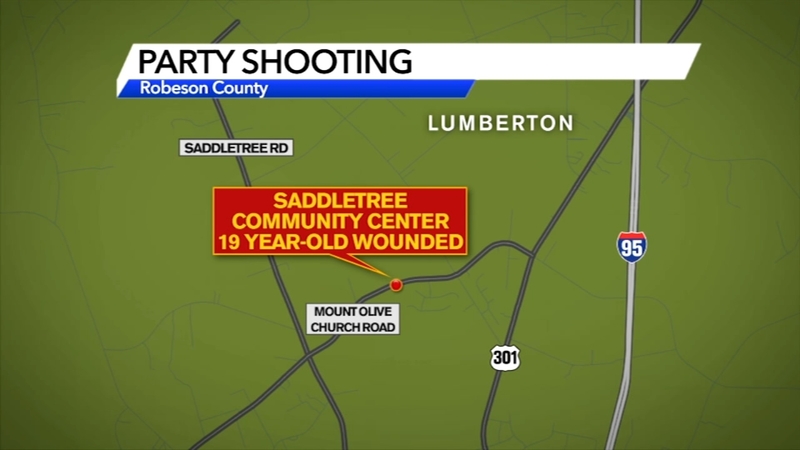 LUMBERTON, N.C. (WTVD) -- A teen is dead after a shooting at a party in Lumberton overnight, deputies said.

The sheriff's office said it happened just after midnight Saturday when a fight broke out in the 1000 block of Mt. Olive Church Road.

Deputies arrived to the Saddletree Community Center and found Marvin Strickland, 19, of Maxton, was found suffering from a gunshot wound.

Strickland was taken to McLeod Regional Medical Center of Florence where he later died from the gunshot wound.

According to the sheriff's office, the shooting happened after a fight started between two groups at the party.

Sheriff Burnis Wilkins said investigators will be pursuing criminal charges on anyone who was involved in the altercations that led to the death of Strickland.

Sheriff Wilkins stated "This is another senseless murder due to the actions of a few that thinks guns are the answer to all problems. We are faced with another incident in which several young people are shooting guns with no concern for human life or care for where a bullet may land. These barbaric cowardly actions must stop and we are seeking suspects to hold accountable. If you were at the scene of this murder whether you were involved or not, I suggest you call our office now".