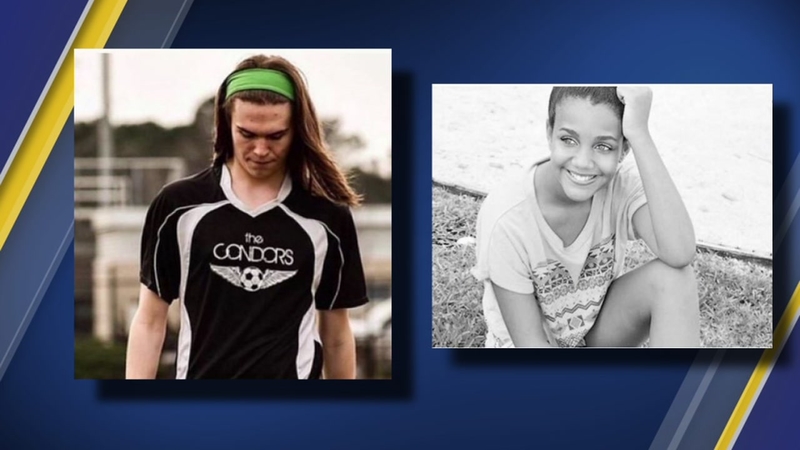 The body of Ian Lewis, 18, was found around 3:30 a.m. Monday near the 2800 block of the Emerald Isle Beach Stand. Emerald Isle Police said severe weather and rough seas hampered recovery efforts during the weekend.

On Friday, April 19, two swimmers went missing after getting caught in a rip current, officials said. Both swimmers were seniors at Wake Forest High School.

Waves in the area were reported as high as six to nine feet. Winds were whipping up to 30 mph that day.

Emerald Isle Fire and Rescue was able to locate and rescue Mary Paige Merical, 17, of Raleigh. She was taken to Carteret General Hospital and later moved to Vidant Medical Center in Greenville in critical condition.

A close family friend told ABC11 that Paige, who was known for being fun-loving and adventurous, is "hanging on by a thread."

A GoFundMe has been started for Paige and her family.

A GoFundMe has also been set up to help Ian's family.

Investigators said the swimmers got caught in rough surf, stemming from Friday's storms. Ian's body was found about four miles from where he and his friends entered the water.

An 18-year-old Wake Forest student who didn't want to be identfied told ABC11 on Monday that he was with Ian this weekend. He said six of them had rented a beach house for spring break.

A group of four students went into the water, he said, and one of them helped another out when the water got too rough, but Ian and Paige were pulled out in the rip current.
Report a correction or typo
Related topics:
wake forestraleighncbeacheswater rescuerip currentstudent diesmissing swimmerwake county news
Copyright © 2022 WTVD-TV. All Rights Reserved.
MISSING SWIMMER
Family of those who died in NC tubing accident sue Duke Energy
'He died a hero': Family remembers victim of Dan River tubing accident
Body of 7-year-old recovered in tubing accident that left 4 dead
3 dead, 2 missing as tubers go over dam near NC-VA border
TOP STORIES
Man charged in Hope Mills double murder
Smith, Raanta, Hurricanes top Rangers for 2-0 series lead
1 person in hospital after shooting overnight in Raleigh
Parents share mixed reactions over plans for boosters for children
Wake Schools bus driver charged with driving bus while impaired
Fayetteville PD on track to full staffing; what about Durham, Raleigh?
Mail delays blamed on dog, owner claims case of mistaken identity
Show More
Body found on the bank of the Tar River in Edgecombe County
'Thrilled to death': Princeton man wins Cash 5 jackpot
Canes fans pile into PNC for Game 2 despite COVID resurgence
Raleigh resident from Buffalo, NY weary one week after massacre
Judge: COVID-19 asylum restrictions must continue on US-Mexico border
More TOP STORIES News