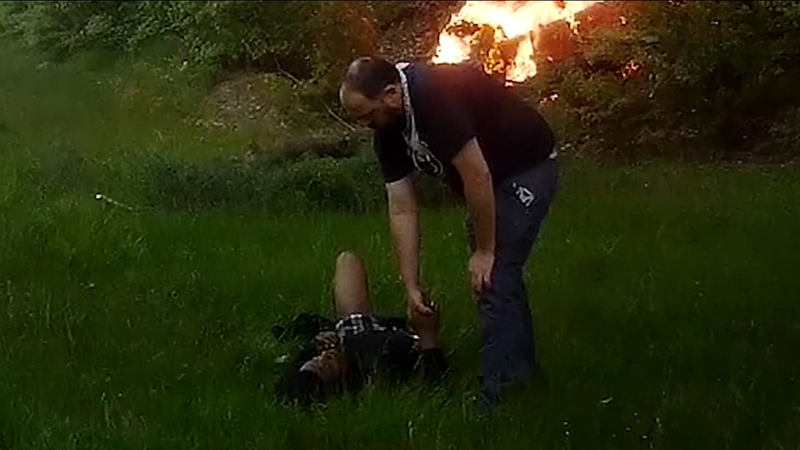 Man drags man out of burning car after crash in MA

MASSACHUSETTS -- Dramatic video shows the moments a man saved a driver from a fiery crash in Massachusetts.

Greg Budgell says he was on his way to work, when he saw the crash.

He immediately stopped, ran across the highway, and grabbed the driver by one arm as the car went up in flames.

The driver was so badly injured, he never would've made it out on his own.

"He told me that he only had one good arm and so that's why I was kind of dragging him that way," Budgell said. "It's not the best way to get someone out of there but I kind of looked at him and I said, "I got to drag you man, this car's about to go up, I gotta do it,' and I just dragged him up the hill."

An injured passenger was helped out by another bystander.