Matthew McConaughey dishes on whether he'd run for Texas governor 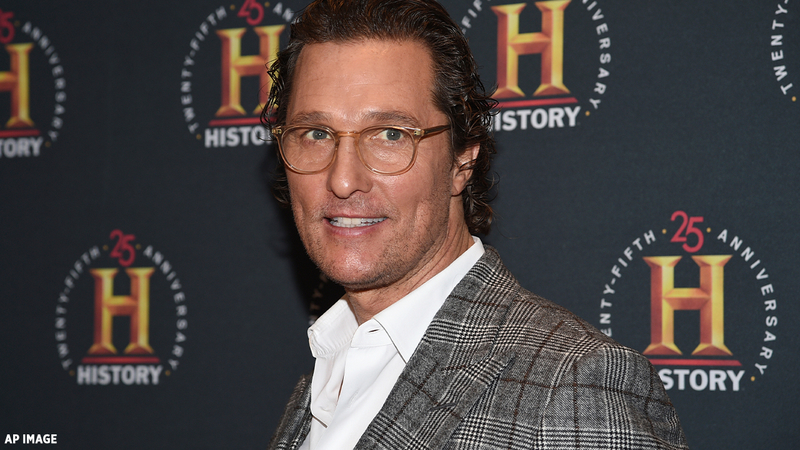 Actor Matthew McConaughey has done a lot of things.

He's given us the oft-used phrase, "Alright, alright, alright," encouraged us to wear masks in that twangy Texas accent and then continued to be a gem by delivering protective gear to those who needed it most, and of course, entertained us in Oscar-winning films of which there are too many to name, or else this would sound like a Matthew McConaughey appreciation post.

But could his next role be that of Texas governor?

Sure, it's not something that would happen, say, tomorrow, but he did talk about it in a recent interview with radio talk show host Hugh Hewitt.


McConaughey was on the show Wednesday to talk about his best-selling book "Greenlights," so we should add he's given us reading material, too.

"I don't know. I mean, that wouldn't be up to me. It would be up to the people more than it would me," McConaughey answered. "Look, politics seems to be a broken business to me right now. And when politics redefines its purpose, I could be a hell of a lot more interested."

"I want to get behind personal values to rebind our social contracts with each other as Americans, as people again," he continued.

McConaughey and Hewitt also touched on the 2020 presidential election.

But we know if McConaughey did choose to run for governor or any other position, and was elected, he'd be far from the first to make the jump from entertainer to politician.

He and Hewitt pointed out predecessors including Arnold Schwarzenegger, Jesse Ventura and of course, President Donald Trump, who rose to fame as a television personality on his show "The Apprentice."

But McConaughey appeared thoughtful when considering how to go beyond the money.

"I remember when Arnold came out, and seeing Ventura up there, I was like, 'Oh, there's different people in the entertainment zeitgeist that are getting into politics," he said. "You know, I still question how much you can really get done in politics, and I don't know if politics is my avenue to get what maybe I am best equipped to get done."

To be fair, McConaughey did give a more definitive answer to the governor question when he appeared on "The Late Show with Stephen Colbert" Wednesday night.

He said he'd read a headline about his supposed political aspirations.

The whole thing gave McConaughey a laugh. "I have no plans to do that right now," he said.

He echoed some of the same sentiments he said on Hewitt's show, adding, "And so, as I move forward in life, yes, am I gonna consider leadership roles where I can be most useful," he added. "I'd love to. I'm doing that regardless."

So far, McConaughey hasn't needed politics to spread a message or just do good things in general to brighten someone's day.

In the early stages of the pandemic in April, he played virtual bingo with seniors in Austin, Texas.
EMBED More News Videos

This is next level staying-at-home. Check out the moment Matthew McConaughey called out the numbers for a bingo game for Texas senior residents.

That same month, he and wife Camila Alves made sure first responders had the proper protection they needed to fight COVID-19. The couple donated 80,000 N-95 masks to healthcare workers, firefighters, police officers, and other first responders in Texas and Louisiana.

It's safe to say that most virtual meetings aren't quite as exciting as the one La Porte ISD held Thursday!

Obviously, we don't know if McConaughey's future includes governor of Texas. But hey, he already lives in Austin. At least he wouldn't have to move, right?

You can watch the full interview with McConaughey and read the transcript on Hewitt's website.