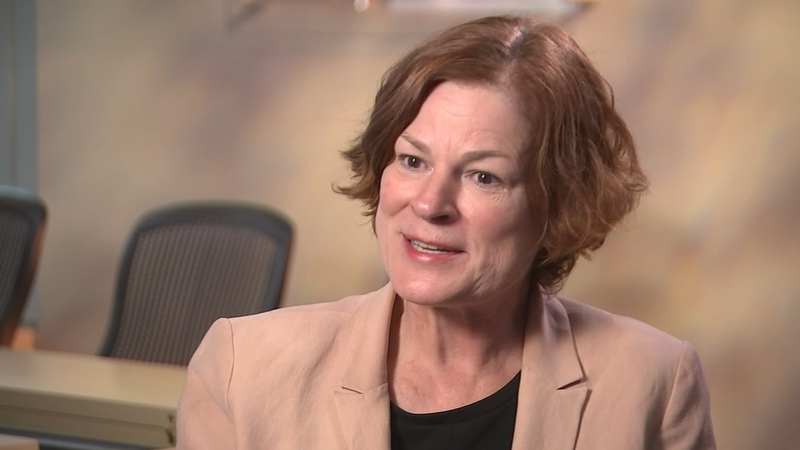 RALEIGH, N.C. (WTVD) -- When we last saw Mary-Ann Baldwin in person, it was in Tuesday night's glow as the top vote-getter in the Raleigh mayor's race. But, she sat down with us tonight officially as the city's next mayor.

"Charles (Francis) called me today about 5 minutes before the announcement went out and I didn't know what to expect," Baldwin said, describing her afternoon phone call with the race's second-place finisher. "But he was extremely gracious."

Baldwin returns to a city hall that will look a lot different than when she left city council two years ago. It'll look drastically different than it looked two weeks ago.

With all the city’s races finally decided, Raleigh City Council just got younger and more progressive.
Tonight, we sit down with the brand new mayor-elect, Mary-Ann Baldwin. pic.twitter.com/YH0lMtqe9r

Their replacements are all younger and more progressive.

Baldwin becomes the city's 62nd mayor at a critical time. Big questions loom about how to handle the city's population boom.

The mayor-elect says housing affordability is priority number one. She favors opening up the city's zoning code to allow for more middle-income homes.

Baldwin's a downtown resident; she supports the massive Downtown South proposal with its pro -soccer stadium centerpiece. She is a big believer in walkable urban communities.

"That's the kind of thing a lot of baby boomers want. But it's also what our younger residents want," Baldwin said.

In southeast Raleigh Friday, there was disappointment from community organizers over low black voter turnout in Tuesday's election.

"And I am so afraid that we're going to see more of a massive gentrification," said Diana Powell, executive director of Justice Served NC.

Many here in southeast backed Francis for mayor -- and still held out hope he'd call for a runoff.

"We want to promise (Francis) we will do everything in our power over the next couple of weeks to get the African-Americans out to vote," said community advocate Dwight Spencer.

"Raleigh should now come together as one city to support, guide and hold accountable our new mayor and city council to truly build a Raleigh for all," Francis said in a statement.

Francis also explained part of the rationale in deciding against a runoff was financial -- that staging a runoff campaign would've required several hundred thousand dollars; more resources than the campaign could afford.

"(Francis) was extremely gracious and I know that was a really difficult decision for him and I really respect that."