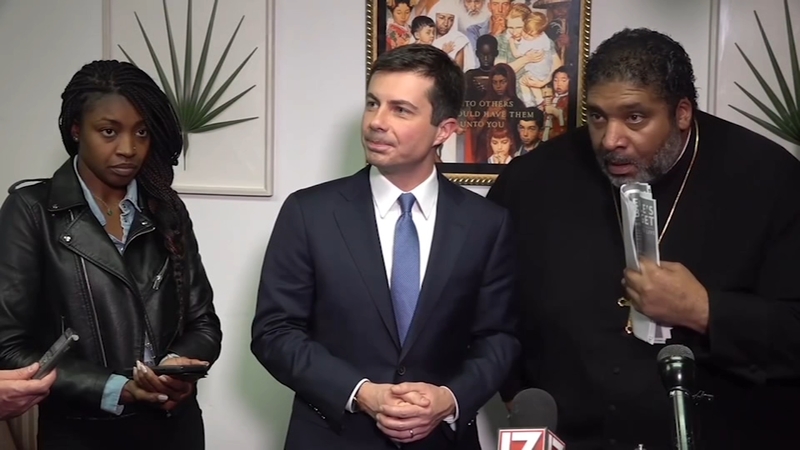 On Sunday, he used the opportunity visit to a church in Goldsboro to answer questions from those voters and others about poverty, jobs and voter suppression.

The event centered around Barber's national Poor People's Campaign, once led by Dr. King in the late 1960s, around systemic racism, poverty and low pay.

A military veteran from the crowd asked Buttigieg how will he address the issue as president.

"People in the country need to get paid more," Buttigieg said. "This is simple and straightforward and it has not happened."

Buttigieg said he would fight for a $15 federal minimum wage and increase food stamp SNAP benefits.

"We can ensure automatic voter registration as soon as someone is old enough to vote," Buttigieg stated. "We can make sure the polls are open in a reasonable amount of time."

Buttigieg also said his administration would work with Congress to increase federal funding for Title I schools in poor neighborhoods and increase teacher pay.

Recent polls show the 37-year-old candidate is weak with voters of color. Today he told reporters he is working to appeal to black voters who haven't discovered him yet.

"I think the more we do that outreach the better that relationship will grow," He stated.