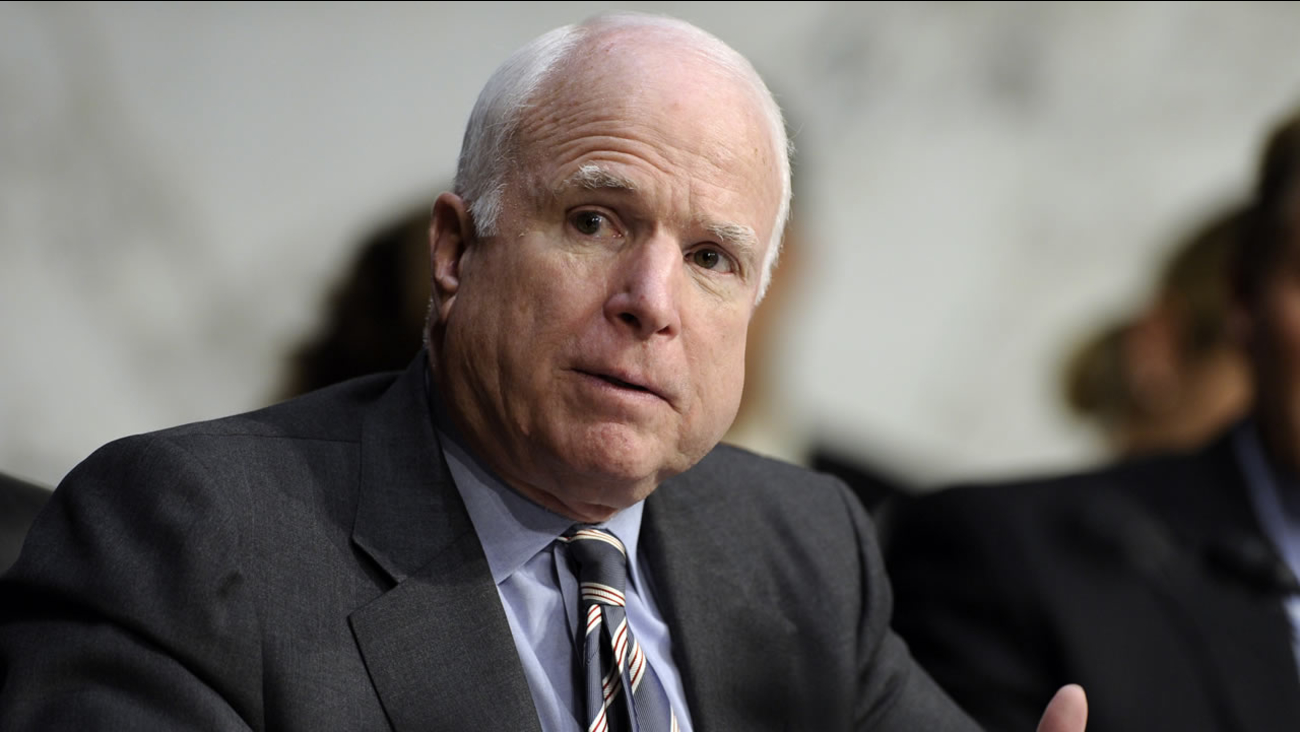 WASHINGTON -- Senator John McCain declared his opposition Friday to the GOP's last-ditch effort to repeal and replace "Obamacare," dealing a likely death blow to the legislation and, perhaps, to the Republican Party's years of vows to kill the program.