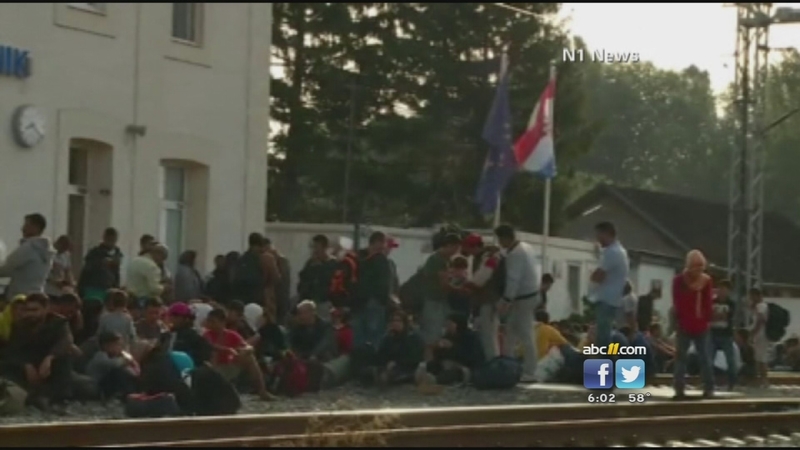 RALEIGH (WTVD) -- In the wake of the Paris attacks, and Governor Pat McCrory's efforts to stop Syrian refugees from settling in North Carolina, Syrians living in the Tar Heel State are speaking up.

"The Statue of Liberty addresses the Syrian people," said Farris Barakat. "But it just seems that a good portion of our population is unreasonably fearing the refugees as if they had anything to with ISIS."

Earlier this year, Barakat's brother Deah was gunned down in Chapel Hill.

Deah Barakat's killer has yet to go to trial but the case will likely throw a spotlight on religious intolerance. What's more, Barakat and his whole family have worked directly with Syrian refugees.

With that background, Barakat watched intently as the Paris attacks played out.

Along with more than a dozen mostly Republican governors, Pat McCrory called for an immediate stop to the flow of Syrian refugees into the state. 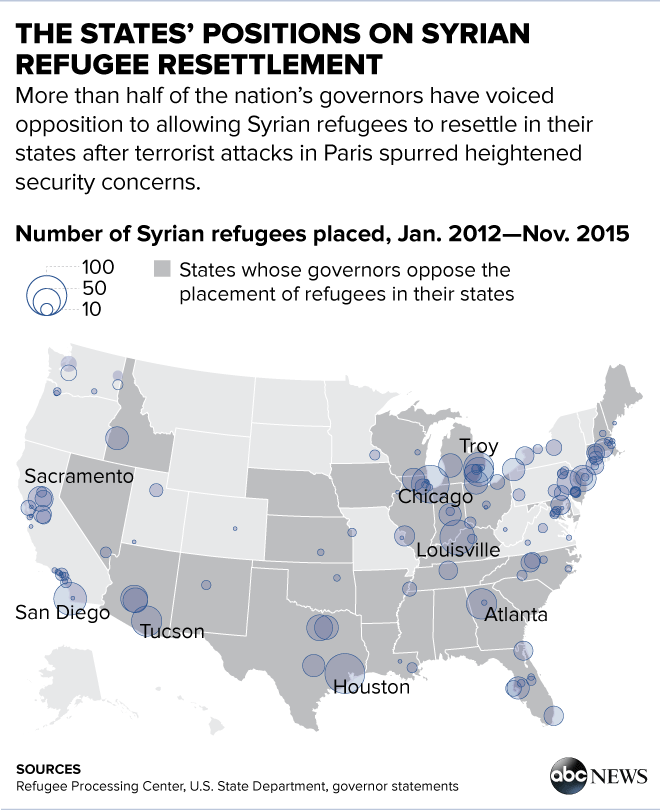 There haven't been many so far (just last year, 31 Syrian refugees found homes in North Carolina) but President Obama has said the United States will take in 10,000 more next year. That's something critics have pounced on.

"We're talking about mass numbers of people," said Francis De Luca, who heads up the conservative think-tank Civitas. "It's very easy for them to place people who are committed terrorists. And we don't know. Because of the situations within the countries and because of the timeline we're operating on, we don't know if people are being injected into that pipeline. And we're dealing with a different enemy now who would very much do that. They don't have a problem with using refugees as a weapon of war."

De Luca applauds Governor McCrory's request to the federal government to not relocate Syrian refugees here until the vetting process can be guaranteed.

"While we've always opened our door to refugees," said De Luca, "in this case, we need to really take a break and say, 'Wait a minute, until we are absolutely sure the people coming in are 100% safe, we do not need to bring them in.'"

What's more, where much of the media is reporting that governors don't have meaningful authority over the settlement of refugees, De Luca says Governor Pat McCrory does have some control over the situation.

But for Barakat, it comes down to empathy and helping find a solution for people who are in desperate need.

"It's really unfortunate for people who are already in a very unfortunate situation to not only escape ISIS once, but to feel like the identity or that group's reach has affected them now that they've left Syria," he said. "The world has failed them so many times already; and because of their enemy, they are being targeted and unnecessarily harassed."

And Barakat says that's giving the enemy exactly what it wants.

"It's this fear that we let manifest in our lives that gives ISIS the win. They want to terrorize and we're allowing them to terrorize us," he explained.