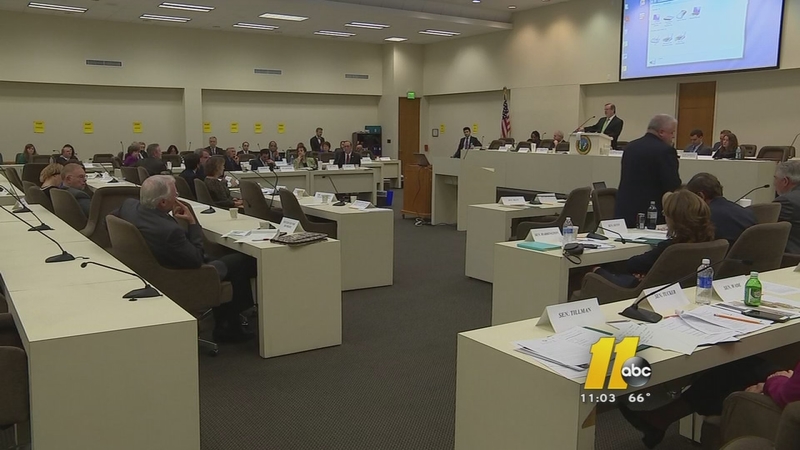 RALEIGH (WTVD) -- Lawmakers in the North Carolina House and Senate approved a resolution Wednesday backing Governor Pat McCrory in his stance against resettling Syrian refugees in the Tar Heel state because of security concerns.

McCrory said Monday that North Carolina has received 59 refugees from Syria from early 2014 through last month but the state had almost no security information about them.

McCrory told a news conference in Charlotte on Monday that the concerns are warranted in light of last weekend's terrorist attacks in Paris. He said the concern was that some terrorists would pose as refugees to gain access to the country.

Meanwhile on Wednesday the White House threatened a presidential veto of House Republican legislation aimed at increasing screenings for Syrian and Iraqi refugees before they enter the United States, calling new requirements in the bill "untenable."

The legislation, which sets high hurdles for refugee admissions, including FBI background checks and individual sign-offs by top federal officials, "would provide no meaningful additional security for the American people, instead serving only to create significant delays and obstacles in the fulfillment of a vital program that satisfies both humanitarian and national security objectives," the White House said.

President Barack Obama would veto the legislation if it reaches his desk, the statement concluded.