Child caught in middle of brawl at Houston McDonald's 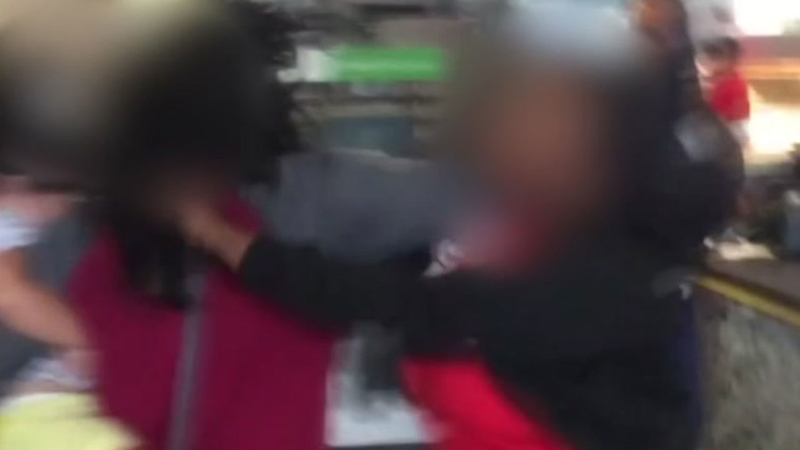 HOUSTON, Texas -- Words quickly escalated into spilled soda and thrown fists at a McDonald's in the Houston-area.

It was a scene Dexter Kennedy didn't see coming.

"My son asked to go to McDonald's," Kennedy said. "It turned into that. Who expects that?"

A child was caught in the middle of a brawl at a north Houston McDonald's.

Kennedy shot the video inside the McDonald's off the North Freeway by Little York Road Thursday afternoon. He said name calling by two customers turned violent.

"I heard the female say she was tired of being called the names she was being called," Kennedy said. "She came over there with a cup that she had and poured it on the lady that was calling her names."

Despite one woman holding a child, fists started to fly after the drink spilled.

"I've got my son with me so I'm grabbing him," Kennedy said. "My wife is trying to get out of the way. I didn't feel endangered at all. At the same time, I didn't want mine getting in any."

The Houston Police Department said it didn't receive any calls about the fight.

Afterwards, Kennedy turned to Facebook. He uploaded the video and got two million hits overnight.

Kennedy isn't sure how the fight ended, but he hopes both learned a lesson.

"People have their feelings," Kennedy said. "You don't know what type of mood someone is in when you're talking to them in an inappropriate way. I'm sure it's not something they want to do again."