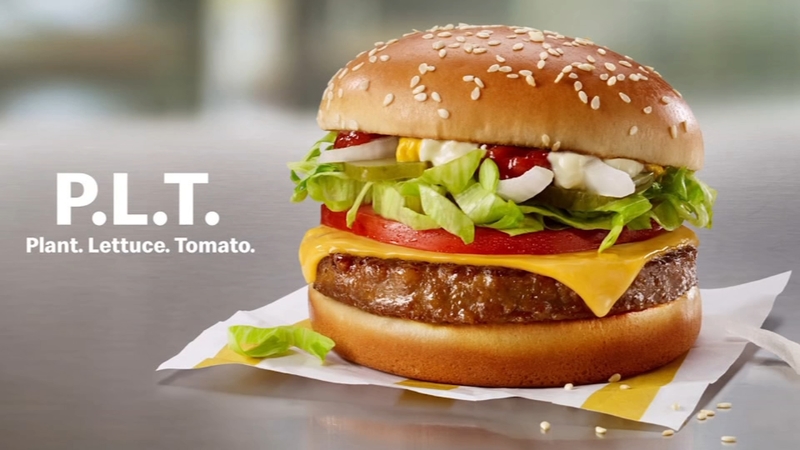 McDonald's is joining the growing list of fast-food restaurants experimenting with plant-based meat.

Starting Monday, a select few McDonald's restaurant customers can try a P.L.T. burger. That stands for plant, lettuce and tomato.

The trial run will last 12 weeks and is only happening at 28 locations in Ontario, Canada.

McDonald's entry into the alternative meat arena has been long predicted. It's been a breakthrough year for companies such as Beyond Meat and Impossible Foods as they work to perfect the no-meat burgers. Beyond Meat's stock has risen by more than 430% from May to July since going public. Impossible Foods earned more than $750 million but remains private. The two companies are now on fast-food menus across the country.