WTVD
OKLAHOMA CITY -- Two McDonald's employees were shot inside an Oklahoma City restaurant after the suspect became upset when she was told the dining room was closed due to the coronavirus pandemic, police said.

Oklahoma City Police Department said the 32-year-old female customer, whose name has not been released, got into a physical altercation with employees Wednesday evening, left the store and returned with a handgun.

One male employee was shot in the arm, another was hit in the neck and shoulder area and a third suffered from a shrapnel wound on his side. The suspect was arrested within minutes of the shooting.

McDonald's CEO Chris Kempczinski spoke on "Good Morning America Thursday, saying the two employees who were shot "are OK and they're going to have a full recovery."

"Obviously, it's a heinous crime, particularly because these two people were trying to really support public health," Kempczinski said. "I think what you're seeing in this situation is really what you're seeing in a variety of situations across the country which is this tension about opening, people's concern about it, but there's absolutely no excuse for violence, particularly gun violence."

A woman, her adult son and husband have been charged in the fatal shooting of a security guard who refused to let her daughter enter a Family Dollar in Michigan because she wasn't wearing a face mask to protect against transmission of the coronavirus.

This shooting is one of several instances of violence sparked by anger over coronavirus restrictions.

Last week, a woman, her adult son and husband were charged in the fatal shooting of a security guard who refused to let her daughter enter a Flint, Michigan, Family Dollar because she wasn't wearing a face mask.

And about 20 miles away in Holly, Michigan, a man was accused of wiping his nose on a Dollar Tree clerk's shirt when he was told to wear a mask Tuesday.
Report a correction or typo
Related topics:
oklahomamcdonald'scoronavirusshootingu.s. & world
Copyright © 2020 WTVD-TV. All Rights Reserved.
SHOOTING 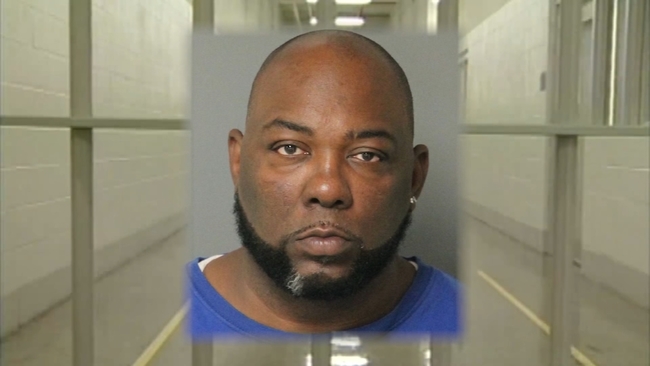