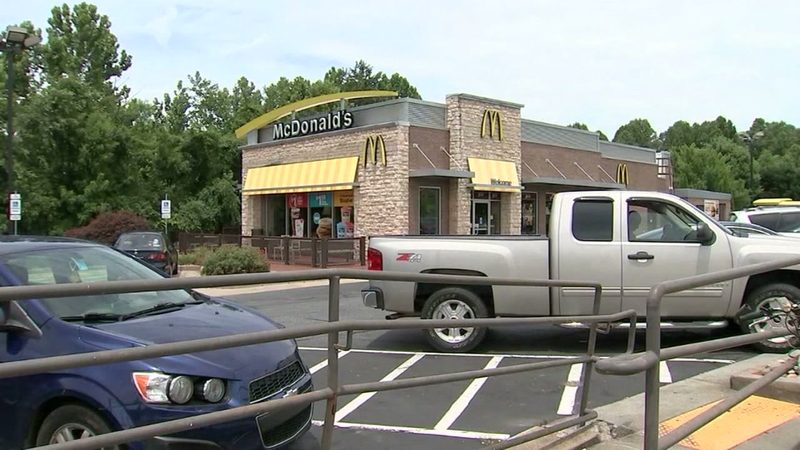 MORGANTON, N.C. -- A Burke County Schools elementary school teacher in North Carolina is being accused of pulling out a gun during a possible case of road rage at McDonald's.

The incident happened at the restaurant in Morganton.

Officers said the unnamed teacher called 911 and pulled out her gun as the other driver walked up to her. The incident unfolded moments after the teacher claims she was cut off in the drive-thru, WSOC reports.

The teacher told 911 dispatchers she took her gun out and placed it on the dashboard of her vehicle.

"So all I did was look at her when she proceeds to jump out of her car, come at my car cussing me, threatening me," she said in the 911 call. "I've got a concealed carry...so I felt threatened."

The other driver involved, Zahra Jolicouer, said the gun was already taken out before she got out of her car. She told WSOC she was only trying to protect her children.

"I look over to this woman and she's waving this gun like so in the direction of my vehicle where I have three toddler children," Jolicouer recalled.

Jolicouer admitted that she and the teacher were involved in a heated argument but never thought it would go that far.