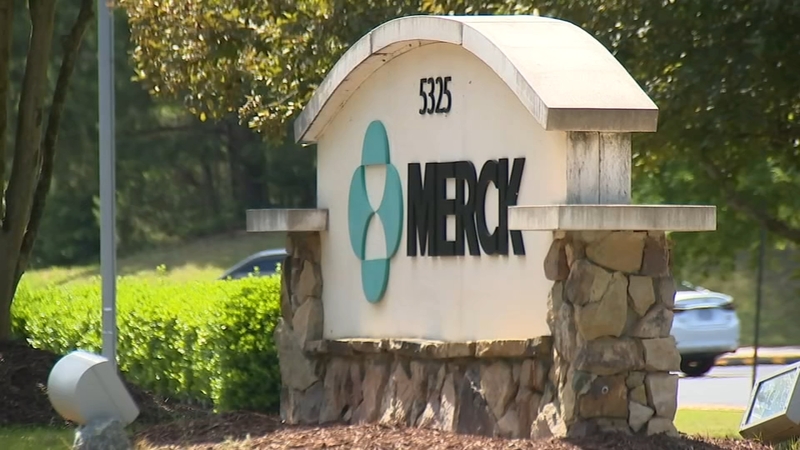 DURHAM, N.C. -- Pharmaceutical maker Merck & Co. is investigating how a noose ended up on the campus of its plant in Durham, according to a published report.

Merck operates a 262-acre facility in north Durham. The News & Observer reports that a contractor on site found "a rope fashioned as a noose" at a construction project, according to an email obtained by the newspaper. The rope was immediately removed, the email said.

"Actions such as these will NOT be tolerated and individuals found committing such acts will be dealt with swiftly and severely," site management said in the email. "As a leadership team, we are disgusted that anyone on our plant site would engage in such behavior."

The email was signed by 17 people.

Nooses have been used as symbols of racism and hate towards Black people, alluding to the history of racial violence and lynchings that took the lives of thousands of people in the 19th and 20th centuries.

On Saturday, in response to an email seeking to confirm that a noose was found, Merck confirmed it was "investigating the incident."

"We have zero tolerance for hate, racism, or discrimination in our workplace or society," the company said in the statement sent to the newspaper by Merck spokesman Patrick Ryan.

Ryan did not respond to multiple messages by phone and email requesting additional details about the incident and steps the company was taking to address it.

Durham Mayor Steve Schewel sent the following statement to ABC11: The entire Durham community stands together to denounce the act of placing a noose anywhere in our community. I appreciate Merck's strong, clear response and swift investigation of this incident.

The Durham site was one of two Merck plants tapped to help manufacture the Johnson & Johnson COVID-19 vaccine earlier this year.

In the Saturday email, site leadership encouraged employees to voice any concerns to management, and provided other resources for support.

"Individually and collectively we must and we will stand together against racism, hate and discrimination," the email said.

The site is on property that used to be a plantation.

Georie Holman Bryant said his great, great grandfather Willie Holman was born a slave of enslaved Black people at the historic Stagville Plantation in North Durham, one of the largest in the South.

More than 200 acres of that property now belong to Merck.

Bryant said the irony of the noose, discovered on property where his ancestors endured white supremacy and racial trauma, isn't lost on him. He's hoping Merck uses this situation as a wakeup call.