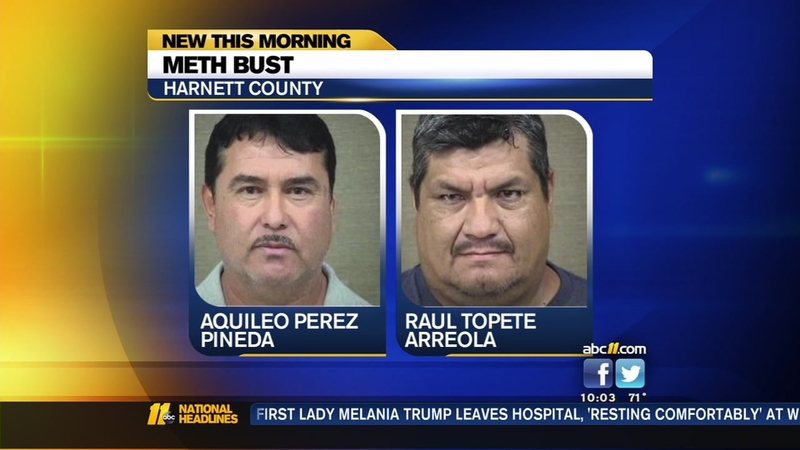 EMBED <>More Videos
LINDEN, N.C. (WTVD) -- Investigators seized a semi-truck truck on Saturday that had $90.8 million worth of liquid methamphetamine in the driver's side fuel tank.

The truck was being handled by 49-year-old Raul Topete Arreola and 48-year-old Aquileo Perez Pineda. Each man has been charged with three counts of trafficking methamphetamine.

In total, there were 120 gallons of liquid meth in the tank, which, according to Harnett County Sheriff Wayne Coats, would be converted into 454 kilograms of crystal meth. This is estimated to have a street value of almost $91 million.

The fuel tank that stored the methamphetamine.

The semi-truck involved was a 2009 Peterbilt. It was seized near the 100 block of Will Lucas Road in Linden.

The two suspects were placed in the Harnett County Detention Center under a $3 million bond.