Big rig jackknifed on I-40 after crash involving 2 trucks 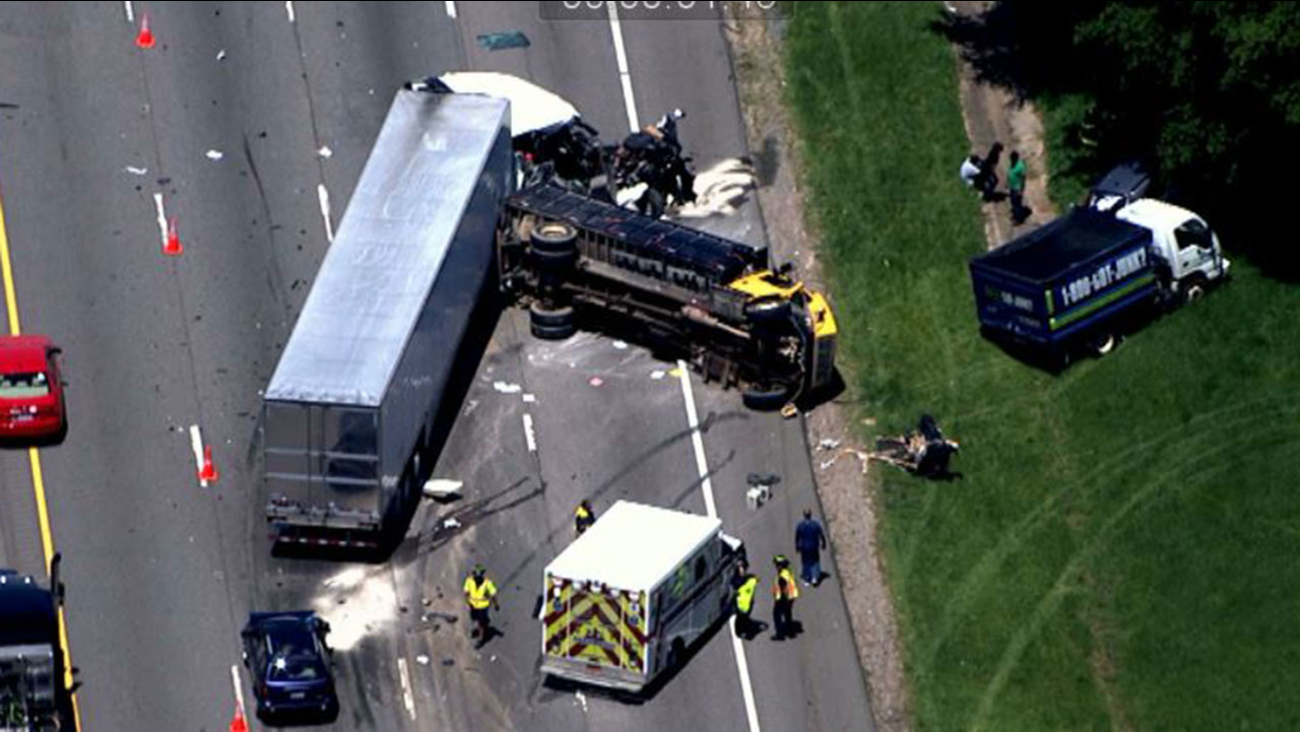 DURHAM (WTVD) -- Several westbound lanes of Interstate 40 were blocked for hours near Miami Boulevard and Davis Drive in Durham due to a multi-vehicle crash involving a big rig and several other vehicles.

Images from Chopper 11 HD showed the big rig jackknifed across three left bound lanes and a dump truck overturned on its side near the shoulder of the roadway. Another truck, a 1-800-Got-Junk vehicle, was seen off the shoulder in a grassy area.

Two other vehicles were also involved. A silver SUV with significant rear-end was seen near a wooded area off the shoulder beside the 1-800-Got-Junk truck and a blue sedan with front-end damage was spotted near the 18-wheeler.

Investigators said the chain-reaction crash started when a sofa fell off the back of a pickup truck. Several people were taken to the hospital with non-life-threatening injuries.

The pickup truck driver was charged with failure to secure his load.

The tractor trailer was reportedly carrying $20 million worth of insulin that was ruined when the cooling system went out.