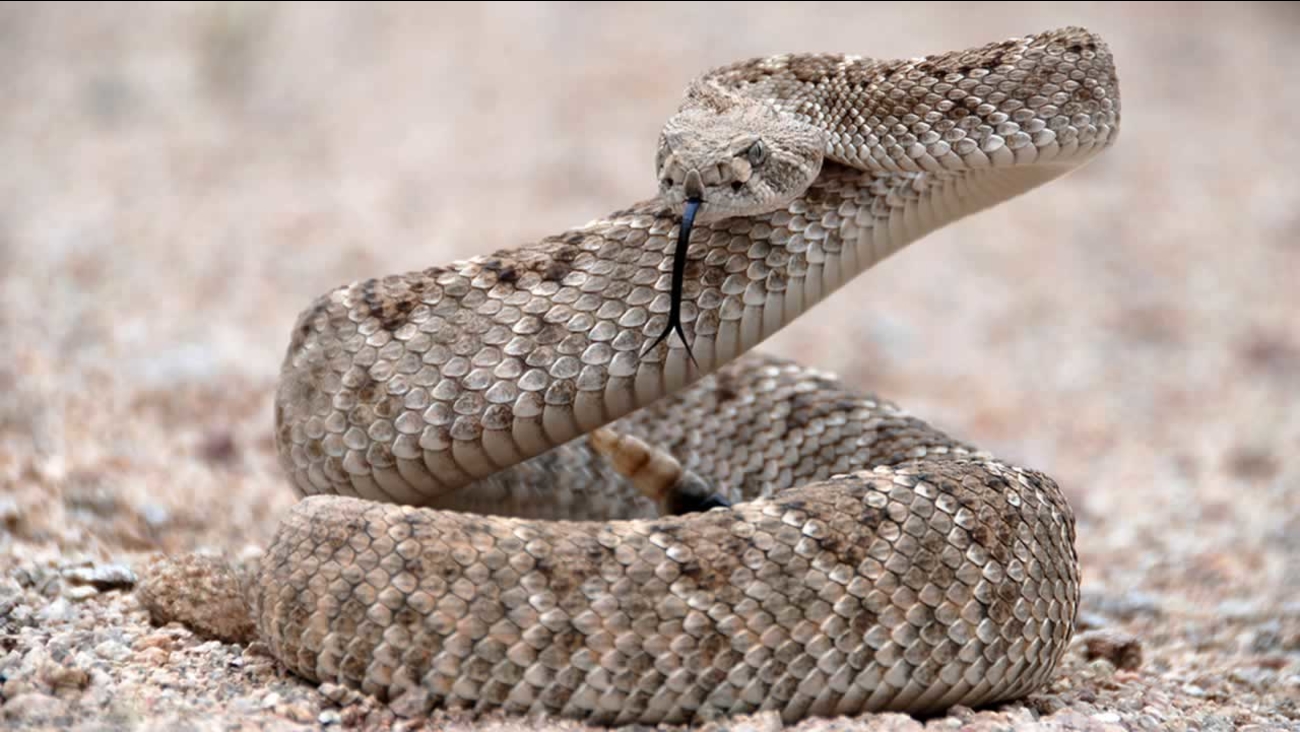 A rattlesnake is pictured in this undated file photo. (Shutterstock photo)

COLLETON COUNTY, NC -- The family of a South Carolina man who was bitten by a rattlesnake while kayaking on the Edisto River is speaking out, claiming the original story isn't accurate.

Colleton County Fire-Rescue originally reported 28-year-old Michael Adams was bitten by the snake when it fell from a tree into a kayak, but his cousin is saying that's not true.

Man critical after being bit by rattlesnake while kayaking in SC
A 28-year-old man received two bites after a rattlesnake fell from a tree into his kayak.

Kyle Colquitt told WCIV that Adams paddled over to what he thought was an alligator in the water.

But when he realized it was a snake, Colquitt said Adams reached down and picked it up, not knowing it was venomous.

The "baby" rattlesnake bit Adam three time on his hand.

The kayakers then paddled to a nearby house and called for help.

Adams kept the snake with him throughout the incident so doctors would be able to identify it to administer the proper treatment.

He is said to be in good condition at the Medical University of South Carolina in Charleston.
Report a correction or typo
Related topics:
pets & animalssouth carolinaman injuredanimalsnake
TOP STORIES
Pedestrian killed on US 401 identified as Rolesville HS student
Parents charged in school shooting arrested, plead not guilty
Money found inside megachurch walls possibly tied to 2014 theft
COVID-19 metrics climb after Thanksgiving but still far below 2020
Contact tracing revs up as omicron cases detected in several US states
Disney On Ice returns to Raleigh, Fayetteville soon
Show More
How unusual to charge parents in school shooting? EXPLAINED
Study suggests past COVID infection may not fend off omicron
Gov. Cooper receives trees, wreaths ahead of tree lighting
Attempted robbery blamed for Black Friday shooting
Raleigh lab is 1 of dozens looking for COVID variants in US
More TOP STORIES News