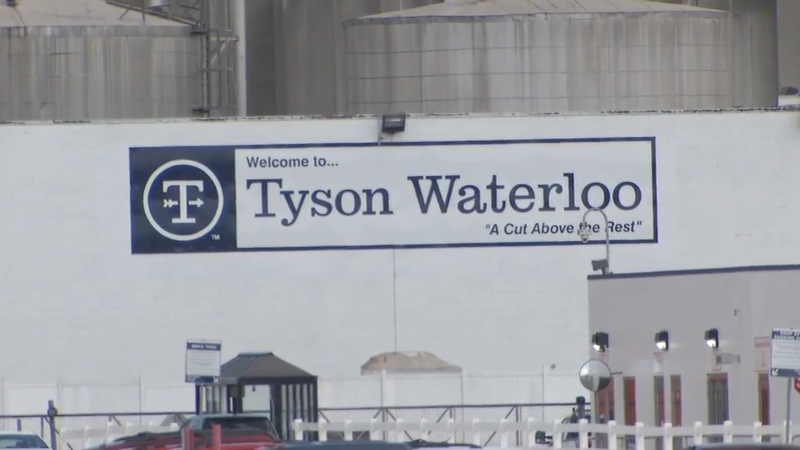 A Black couple working at Tyson Farms plant in North Carolina has filed a lawsuit that says a supervisor frequently used racial slurs against them, showed disdain for their Muslim faith and that the company refused to address the issue despite multiple requests.

Michelle and Adrian Switzer filed the lawsuit in Forsyth County Superior Court in April. Tyson Farms, with headquarters in Springdale, Arkansas, and 123 plants nationwide, replied in an email that a response could be expected within five business days.

The video in the media player above is related to this story: Tyson suspends Iowa plant managers for allegedly betting how many employees would catch COVID-19

Michelle and Adrian Switzer began work at the Tyson Farms plant in Wilkes County in 2015, according to the lawsuit. The company maintained an atmosphere which created "a strong fear among employees regarding their job security and of revealing Tyson Farms employee matters to outsiders," the lawsuit said.

The Switzers said their team leader, who is identified in the suit but not named as a defendant, used a racial slur on numerous occasions in front of Adrian Switzer to disparage Black people, according to the complaint.

The lawsuit added that the team leader berated the man repeatedly and watched him during his work break. Michelle Switzer also was targeted by slurs, and on one occasion had a protective smock thrown at her by the team leader, according to the suit.

The couple says the couple submitted complaints to a supervisor who, the lawsuit says, indicated that he didn't want to hear them. The Switzers also complained to the company's human resources department, plant management and a company help line, all to no avail, according to the lawsuit.

Michelle Switzer was fired on April 20, 2019, for reasons related to her race, religion and in retaliation for her complaints, the lawsuit says. Adrian Switzer wanted to keep his job, but was forced to quit because of the team leader's hostility and the failure of Tyson Farms to address the conduct, the document says.

In January, the U.S. Equal Employment Opportunity Commission issued a right to sue notice for the Switzers, according to the lawsuit. The couple is seeking a trial by jury, compensatory and punitive damages in excess of $25,000, and attorney's fees.
Report a correction or typo
Related topics:
societyncdiscriminationracismlawsuitrace in americarace and culture
Copyright © 2021 by The Associated Press. All Rights Reserved.
TOP STORIES
12-year-old killed in drive-by shooting while sitting at picnic table
Father, son among 4 injured in north Raleigh dog attack, police say
Woman seriously injured after being hit by gunfire in Durham
How the pandemic may have affected your sleep routine
Official: 1960s civil rights activist Bob Moses has died
Fauci: CDC may back wearing face masks more
Show More
Rain Returns
2 killed in double shooting on I-85 entrance ramp ID'd
Americans' optimism about US direction drops since May: POLL
21-year-old motorcyclist killed in crash in Fayetteville around 1 a.m.
Cary native Claire Curzan won't go to Olympic Finals
More TOP STORIES News