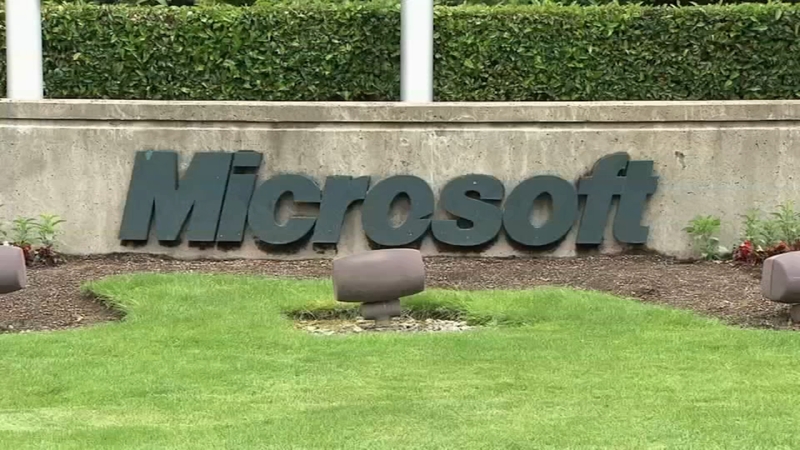 "Companies like Microsoft continue to expand in North Carolina because they see us as the right fit for technology success," Governor Roy Cooper said in a statement Tuesday. "Skilled, diverse workers and strong infrastructure mean businesses are confident that expanding in our state is a good business decision."

North Carolina Commerce Department said the jobs will pay an average wage of $125,000. That is more than double the current average wage in Wake County.

In order to lure Microsoft to the area, North Carolina agreed to give the company around $15 million worth of tax incentives. According to a statement from Governor Roy Cooper, the company will invest $47.5 million to expand its Morrisville operations.

"We're trying to send the signal that we are ready for tech companies and we need to be at the top of their lists," Cooper said.

Both Cooper and Reggie Isaac, the US Citizenship Lead for Economic Development at Microsoft, stressed the focus on keeping many of those new jobs local.

"We know that the talent is here. Otherwise, we would not come to this city in order to grow. And we feel like we can continue to find talent, and we know that the university system will continue to produce talent as well," Isaac explained.

"They want people who are established in the community. Of course some of them will be brought in, but mostly they're going to be looking for software engineers and tech workers right here in North Carolina. So there will be a lot of jobs available for our people," Cooper said.

To help secure the deal, the state's Economic Investment Committee approved a Job Development Investment Grant. According to a press release from Governor Cooper's office, the grant "agreement authorizes the potential reimbursement to the company of up to $12,118,500, spread over 12 years.' The payments are based off job creation markers and investment targets.

"Global companies around the world in the tech industry doing really, really great things. And connecting those large brand companies with our start-ups and our ecosystem here," explained Steve Rao, a Morrisville council member.

It is the second major job-creation agreement between Microsoft and state officials in the past two months; in October, Microsoft agreed to create 430 jobs with a $23 million investment as part of an expansion in Charlotte.