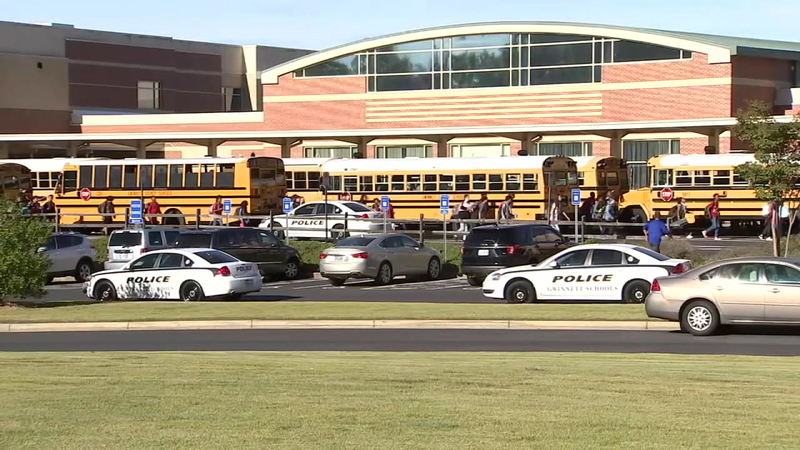 GWINNETT CO., Georgia -- A 13-year-old boy at a Georgia middle school stabbed his English teacher in the middle of class, according to the principal.

He called the teacher over seeming to need help, when he allegedly took an 8" butcher knife out of his bag and stabbed her.

Student Mason Watler told WSB-TV he helped distract the suspect to save lives.

"I saw that she was bleeding, so I looked over and took off my jacket and put it where she was bleeding," middle-schooler Mason Watler said. "He pulled over another student and had the knife by her face. He said that if anybody was videoing it, he was gonna kill her."

Mason said the 13-year-old suspect then turned on another student.

"I was telling everybody, 'Get out of the classroom. Go get a teacher,'" Mason said.

A student resource officer eventually took the student into custody.

Mason said this particular student has made comments indicating in the past that he wanted to kill someone.

"I probably should have reported what he said so he would be able to talk to a counselor or something," Mason said.