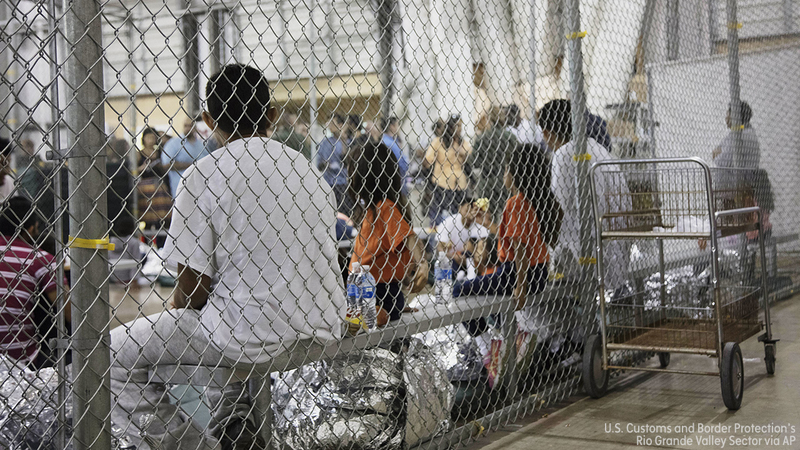 Newly released audio from ProPublica has given an inside look at a U.S. Customs and Border Protection facility where migrant children are crying out for their parents after being separated from their families.

ProPublica said the audio features 6-year-old Alison Jimena Valencia Madrid who was separated from her mother last week at a border facility, as well as other children, border patrol agents and consular workers.

In the recording, young children can be heard calling out for their parents in Spanish while crying. A border patrol agent can be heard joking by saying, "Well, we have an orchestra here, right?"

A 6-year-old Salvadoran girl can be heard pleading for someone to call her aunt. She said she memorized her aunt's phone number and begins to recite the number to a consular representative.

The audio was given to civil rights attorney Jennifer Harbury by a person who asked not to be identified for fear of retaliation.

President Donald Trump has blamed Democrats as well as criminals trying to enter the country for the policy of separating children from their parents.

Children are being used by some of the worst criminals on earth as a means to enter our country. Has anyone been looking at the Crime taking place south of the border. It is historic, with some countries the most dangerous places in the world. Not going to happen in the U.S.

It is the Democrats fault for being weak and ineffective with Boarder Security and Crime. Tell them to start thinking about the people devastated by Crime coming from illegal immigration. Change the laws!

Nielsen said at a National Sheriffs' Association in New Orleans, "We will not apologize for the job we do, for the job law enforcement does and for the job the American people expect us to do."