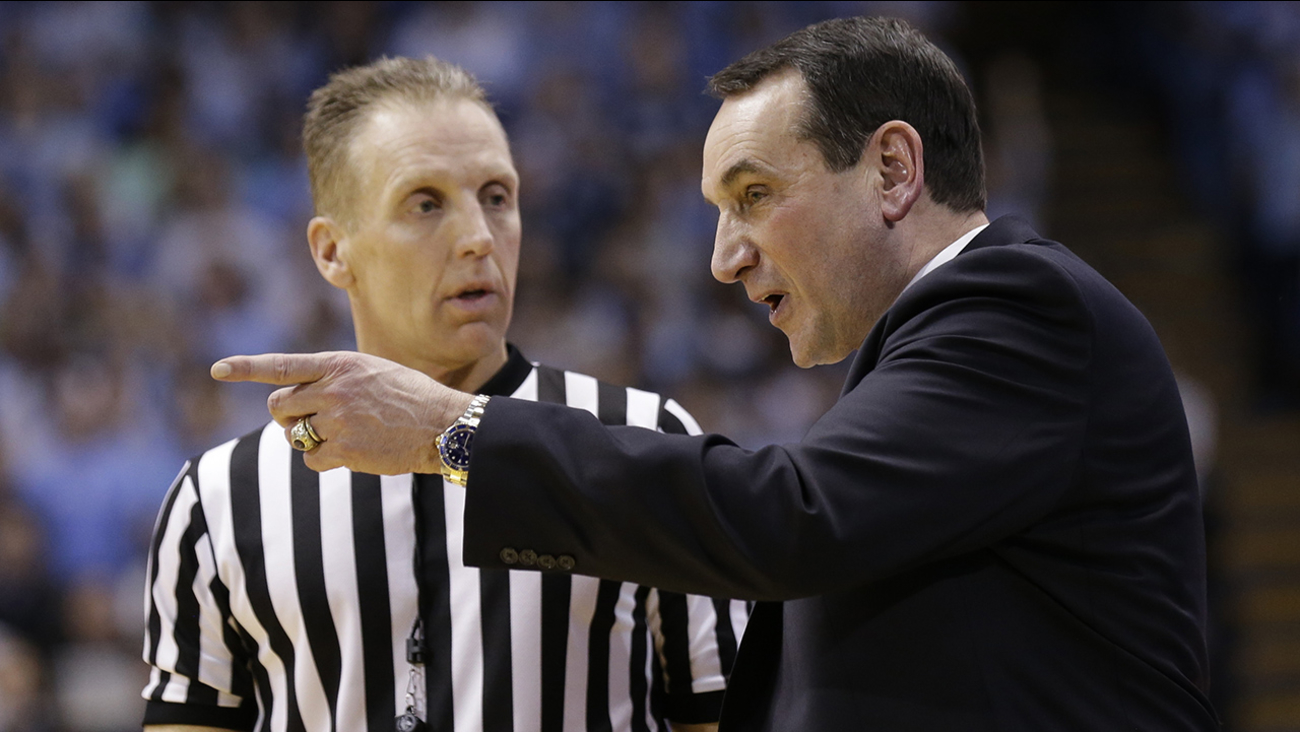 Duke head coach Mike Krzyzewski speaks with an official during the second half of an NCAA college basketball game against North Carolina in Chapel Hill, N.C. (Gerry Broome)

The ACC issued a statement on Friday taking Allen to task for his involvement but declined to discipline him further. Krzyzewski believes it was the right call. The Hall of Famer spoke to his leading scorer after the Florida State game, and Krzyzewski apologized to Seminoles coach Leonard Hamilton before calling the league.

"I would not suspend any player for what would be a flagrant 1," Krzyzewski said. "What he got was the stiffest reprimand a player in our conference has gotten this year. I thought the [ACC] took action, and you've got to move on. The world doesn't move on, because it's Duke."

On Thursday, the sophomore guard stuck his left leg out and tripped Florida State's Xavier Rathan-Mayes with 3.4 seconds left in Duke's 15-point romp. That incident happened after Rathan-Mayes appeared to grab the back of Allen's jersey in an attempt to fling himself down the court. Allen received a flagrant foul for tripping Louisville's Ray Spalding earlier this month.

On Sunday, Allen was jeered mercilessly by Pitt's student section -- heavily armed with signs highlighting his misdeeds -- and although he made six of 13 shots, he also turned the ball over four times and failed to make a real impact (though few of his teammates did better) in a 76-62 loss. Allen doesn't believe the issue will linger heading into March.

"It's just being smart," he said. "I've had to be smart all season. Obviously, I made a mistake, and I messed up."

Duke's Grayson Allen responds to questions about contact during game