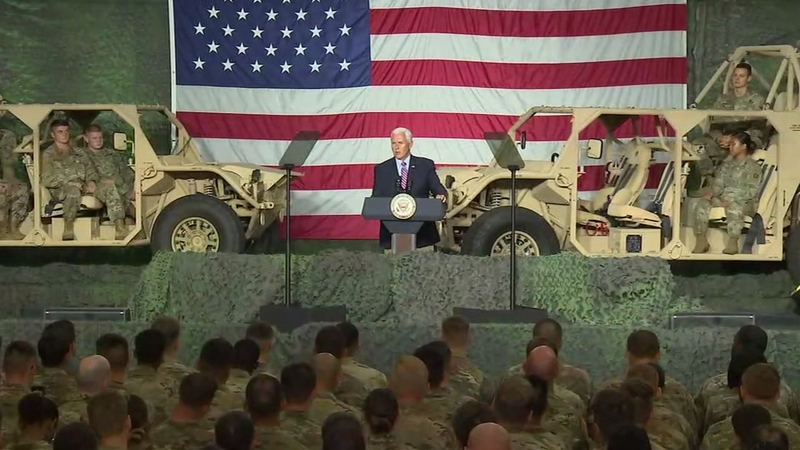 Pence visited the base on his way to a campaign appearance with President Donald Trump.

"When I told (Trump) I was going to be at Fort Bragg, I think he sounded just a little bit jealous," Pence told the crowd. "He's a great champion of the men and women who serve in our Armed Forces and their families and he wanted me to express his thanks."

Pence expressed his own appreciation to the troops saying "as I travel around this country, the American people are grateful, every day, for your service."

Trump and Pence appeared at a rally in Greenville on Wednesday night.

Congressman Richard Hudson, R-NC, was among the special guests. Hudson has long been a strong supporter of the military.

"As Fort Bragg's Congressman, I was proud to welcome Vice President Pence to our incredible community," Rep. Hudson said. "The men and women who serve here are the tip of the spear, and the Trump Administration gets it. Whether it's strengthening opportunities for military spouses, improving the quality of life for military families, ensuring our troops are ready, or caring for our veterans, this Administration has shown unparalleled commitment and support for our military. I'll continue to work hand-in-hand with Vice President Pence and President Trump on these priorities."

Pence closed by urging military members to be vigilant.

"Take care of one another," Pence said. "The American people are counting on you."