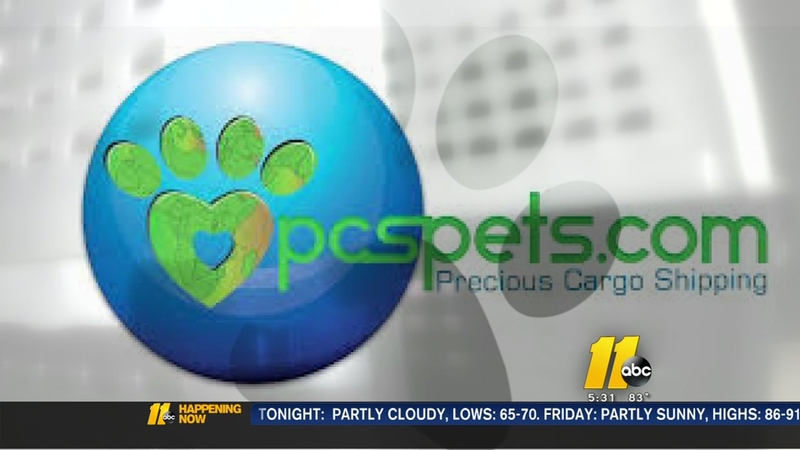 A Triangle business is leaving military families heartbroken and out thousands of dollars after not following through on the job they were paid to do.

Many people in the military need relocation services for their pets since they are often relocated overseas for several years.

Aaron and her husband Chief Petty Officer Jeff Swanson paid PCS Pets $2,600 to relocate two Silver Labrador Retriever puppies from Nashville to where they are currently stationed in Spain.

The puppies were supposed to be birthday gifts for their two children.

When they first contacted PCS Pets, Aaron said "they were extremely receptive, answering all my questions on email, they even called me to go over things."

After she paid the company the contracted price of $2,600 to relocate the puppies, Aaron was given paperwork from the company that showed the puppies would be picked up in Nashville on June 5 and arrive in Madrid two days later.

But, on the day the puppies were scheduled to leave Nashville, Aaron said PCS Pets never picked the puppies up from the breeder.

She said she tried contacting the company but, "texting, Facebooking, emailing, nothing, nada, they just ghosted."

The Swanson's are not alone.

The Better Business Bureau and the North Carolina Attorneys Generals Office both have similar complaints that echo what the Swanson's are going through.

The complaints are from other military families who also paid in full for their pets to be relocated, yet they said PCS Pets.com did not do the job.

I tried to get answers from the company, who originally had a Carrboro address, but just changed it to a Durham address.

At the Carrboro address, there was no sign of PCS Pets; in fact, the company at the location now said they've been there three years, and PCSpets has never been there.

At the Durham address, there is an H&R Block.

I went to the address listed for the owner, and no one was there.

We also called the several numbers listed for PCS Pets and sent emails along with Facebook messages, but no response.

As for the Swansons, Aaron and her husband said they're scrambling to find a way to get their puppies to Spain.

Aaron said she hopes she can get her money back, but at the very least she's able to share her story to help others.

"There's a lot of people right now that are trying to find their dog's pet shipping agencies. I don't want anyone else to be stuck doing this," she said.

Before hiring any company, make sure to research the company to see what other's are saying.

Also, try to pay with your credit card, so if a problem arises, you can dispute it.

In this case, Aaron said that wasn't an option as the owner told her she couldn't.

She also said she transferred the payment to PCS Pets from a personal account, instead of a company account.