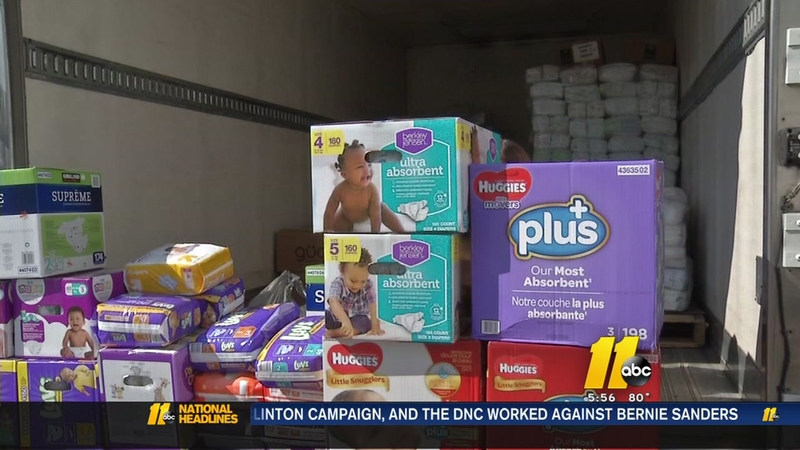 DURHAM (WTVD) -- The Durham County Sheriff's Office ended up collecting a total of 7,449 diapers for military families who can't afford them at Fort Bragg.

They partnered with the Diaper Bank of North Carolina to fill up a "Truckload of Hope," in front of the Durham County Detention Center, to take to base Saturday morning.

They drove the donations down at 6 a.m., after they collected the diapers in front of the detention center on Mangum Street.

But does it make a difference?

Sixty-three percent of military families in North Carolina have a hard time affording diapers, according to the Diaper Bank of North Carolina.

"We just need to help our fellow citizens and our friends," said volunteer Pam Andrews. "And when our military is away, they're giving their best us as United States citizens, as we should do for them."

And that is exactly what happened, the diaper drive was a success!