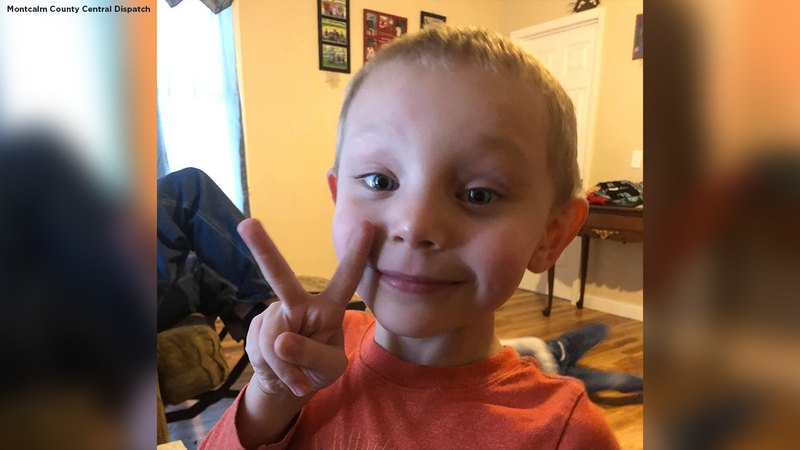 Officials said the body of Beau Belson was found in a pond Thursday nearly one day after he was reported missing in the Six Lakes area of Michigan, located around 150 miles northwest of Detroit.

Police said the boy appeared to have wandered away. Family said Beau has autism but he's able to communicate.

The boy's aunt, Melody Schapee, said around 200 volunteers were looking for her missing nephew. Police had to tell the public that the search had too many volunteers, and the excess could interfere with K-9 units' tracking.