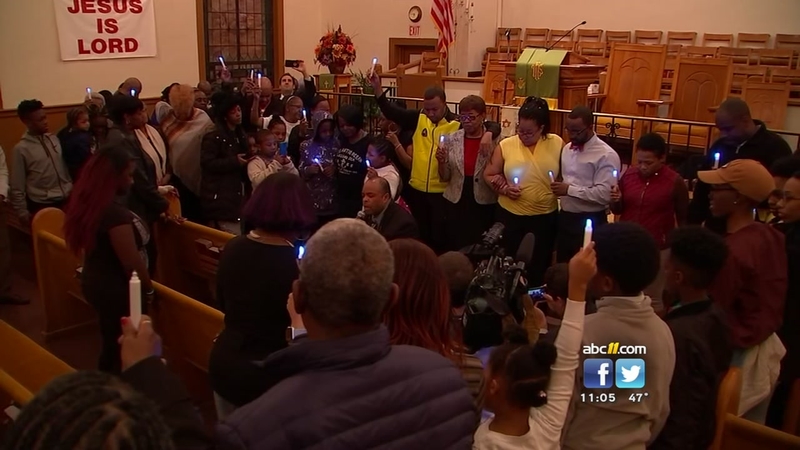 DURHAM, NC (WTVD) -- Like a desperate team in a big game, Maurice Adams said his family needed to call time out.

"Hope motivates effort - it energizes and fuels effort," Adams told ABC11. "Without hope, effort will wane, so hope is very vital for two missing people that are loved by their families."

One of the two missing people is Maurice's father, Carl Adams, a 70-year-old veteran of the Vietnam War and active member and trustee of his church, Oak Grove Free Will Baptist Church. Also missing is Tierra Mann, 35, the mother of Carl Adams' youngest daughter.

According to the family, Adams and his son were picked up from the John Avery Boys and Girls Club around 8:30 p.m. on December 19 by Mann and her younger sister.

The son and sister were then dropped off at Sprucewood Drive around 10 p.m.; Adams and Mann left together - and haven't been seen since.

Adams is described as about 5-foot-7 and 150 pounds. He was last seen wearing an olive green jacket, blue jeans, and fishing hat. Mann is described as 5-foot-3 and 100 pounds. She has short, straight black hair, brown eyes, a tattoo on her left arm, and a scar on her forehead.