WTVD
By Diane Wilson and Tonya Simpson
GARNER, N.C. (WTVD) -- A total road washout is forcing drivers in Wake County to take a detour. A huge sinkhole opened along Auburn Church Road in Garner and Kimberly Pedro said that hole put her and her daughter in serious danger.

Pedro said she was in the car with her daughter about 9:30 a.m. on Jan. 5. She turned left onto Auburn Church from Jones Sausage Road and said she had no idea of the hazard ahead. 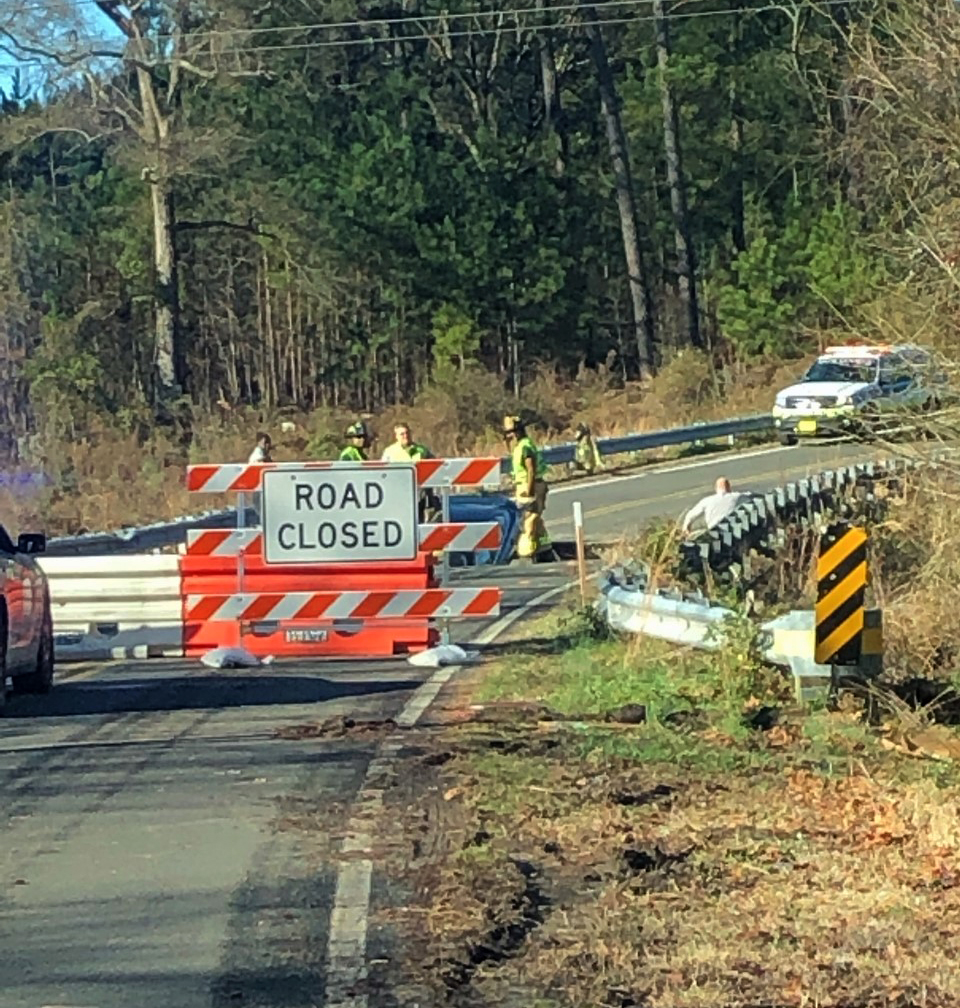 Emergency crews work to get Kimberly Pedro's car out of the sinkhole.

She and her daughter were able to climb out of the car and call for help. A North Carolina State Highway Patrol trooper responded to the scene, and after making sure they were OK, he cited Pedro for "driving on a closed/unopened highway."

Drone11 flies over the Garner sinkhole.

Pedro is disputing the ticket because she said the road was not closed.

The I-Team obtained records and information from the Department of Transportation that show crews put barriers on Auburn Church Road on Nov. 13 after a culvert failure. NCDOT also said there were several signs on the side of the road leading up to the closure. 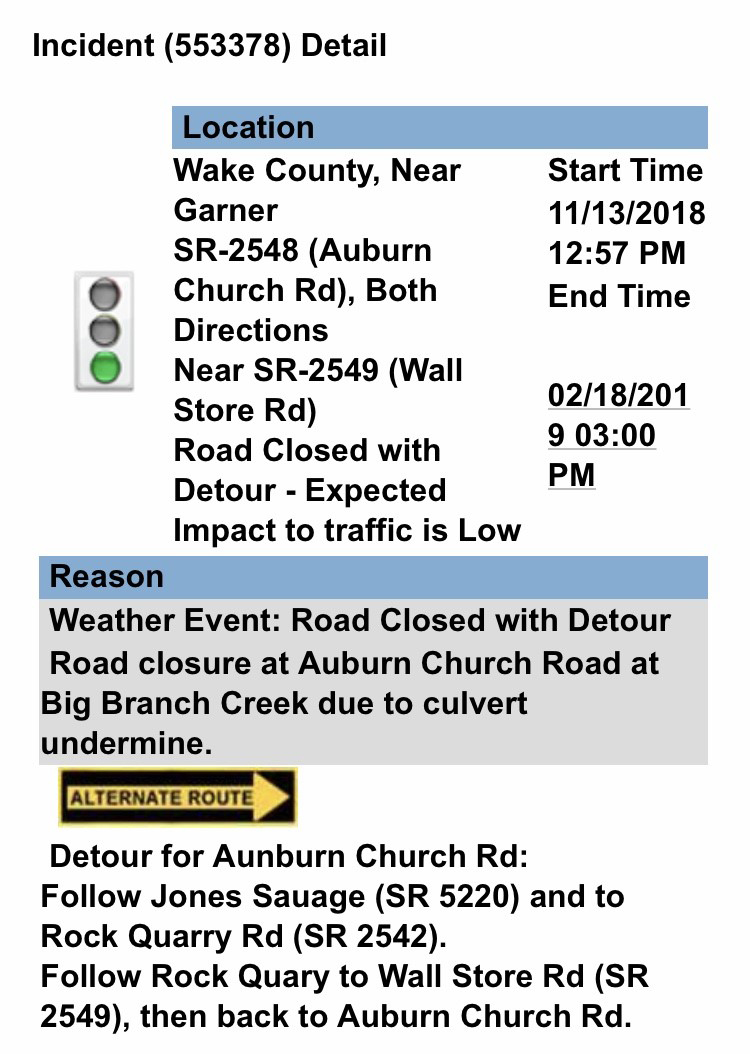 When the I-Team asked whether the road was closed in both directions on the day Pedro crashed, a spokesperson said in an email, "What we believe is that someone did something very dangerous, and moved the barrier off to the side, making it look like that lane was open. That endangers anyone traveling along that side of the road, as they don't realize the road is closed for safety reasons."

Sean Williams, Communications Officer for NCDOT, said it is not uncommon for frustrated drivers to move signs and barriers or just drive around them.

"It happens a lot, and it's illegal," he said. "If you're looking from the top all you see is the roadway and you say 'oh, it looks fine, I'm just going to drive around that roadway sign and keep going' but it could potentially be weak."

Officials said the bottom line is drivers should pay attention to road signs and take them seriously to avoid putting themselves in danger. "If you see a barricade, please do not drive around it. It is not safe. If it's up there and it says 'road closed,' it's closed for a reason," Williams said.

Our investigation found Pedro was not the first person to crash in that area. Records we obtained from the Highway Patrol show a trooper responded a crash at the same hole on Nov. 25. The Highway Patrol said whoever was driving that vehicle left the scene so no citation was issued.
Report a correction or typo
Related topics:
garnerwake countysinkholetroubleshooterroad safetywake county newstraffic
Copyright © 2020 WTVD-TV. All Rights Reserved.
TROUBLESHOOTER