Family and friends plead for AWOL soldier to be found 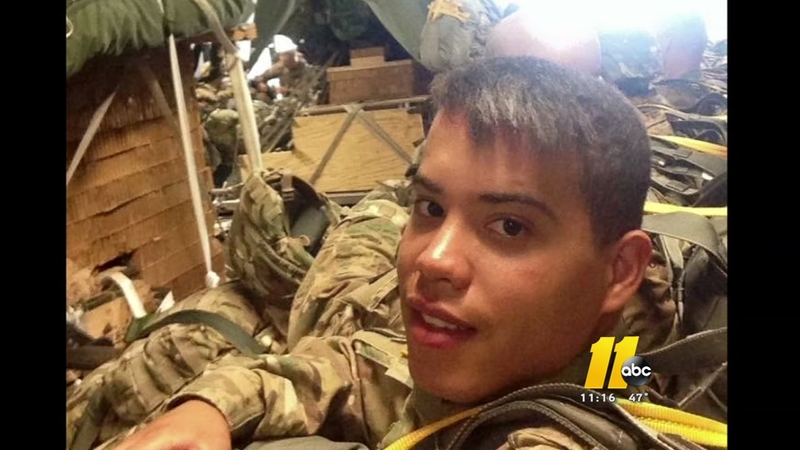 The 82nd Airborne Division told ABC11 that Seeman last reported to his unit Friday. Friends of the paratrooper call his sudden disappearance out of character.

"He's not a hard guy to spot. He's not that tall. He's got scars on his face from a dog attack when he was young," said friend Camille O'Brien. "Great teeth and really funny. He needs to be home."

O'Brien spoke to ABC11 from the backyard of her home. She's been friends with Seeman since 2014. They met through her ex-husband, who is also a Fort Bragg soldier. They were stationed together in Germany before moving to Fayetteville.

@82ndABNDiv says missing paratrooper Sgt. Carl Seeman last reported to his unit Friday. I spoke to his mom by phone and friends who live in Fayetteville. We'll have details tonight at 11 on #ABC11 pic.twitter.com/vDzUootcyv

O'Brien called his sudden disappearance suspicious because he was known to stay in touch.

"This is not going to just disappear. If anybody that did anything thinks this isn't a big deal, they are in for a rude awakening and they will never be more wrong," O'Brien said. "We just hoped that he was taking a break from life and went off on his own."

Fayetteville police continue piecing together the puzzle of their investigation into how Seeman vanished. On Tuesday, they processed his silver Nissan Frontier for evidence.

Meanwhile, family and friends are left wondering what could have happened.

"Now that it's been a few days, the fact that his phone was found in his car is cause for concern," O'Brien said.