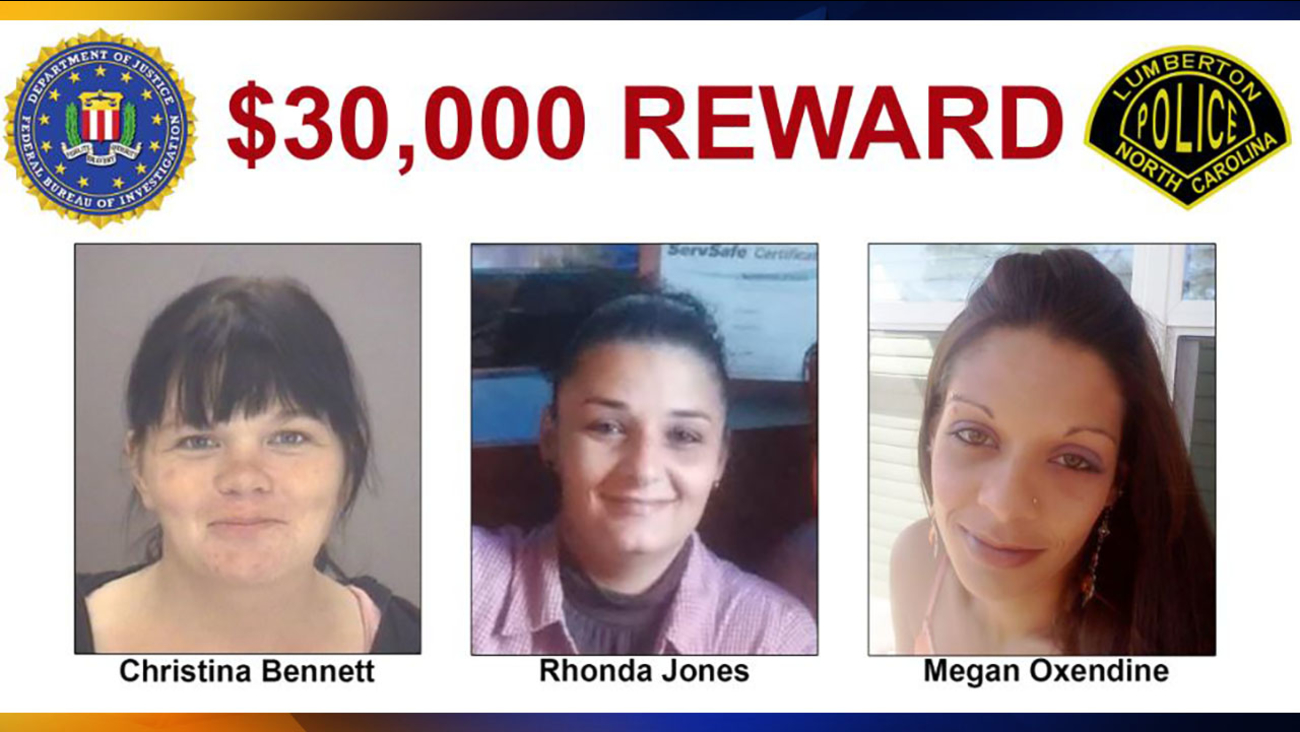 LUMBERTON, North Carolina (WTVD) -- The FBI continues to look for information in the deaths of three women, one year after two of the bodies were found in Lumberton.

Megan Oxendine was found dead in the yard of an abandoned house on East 8th Street in Lumberton on June 3. Close friends and family said the 28-year-old was naked, gagged and bloodied.

The FBI announced earlier this year that it was offering a $30,000 reward in the case.

Authorities say agents conducted a door-to-door canvas last month in which agents knocked on approximately 800 doors and conducted 500 interviews over a three-day period.

Investigators continue to ask anyone who came into contact with the women to come forward to assist in creating a timeline of when and where they were last seen alive. A cause of death has not yet been determined for any of the women.