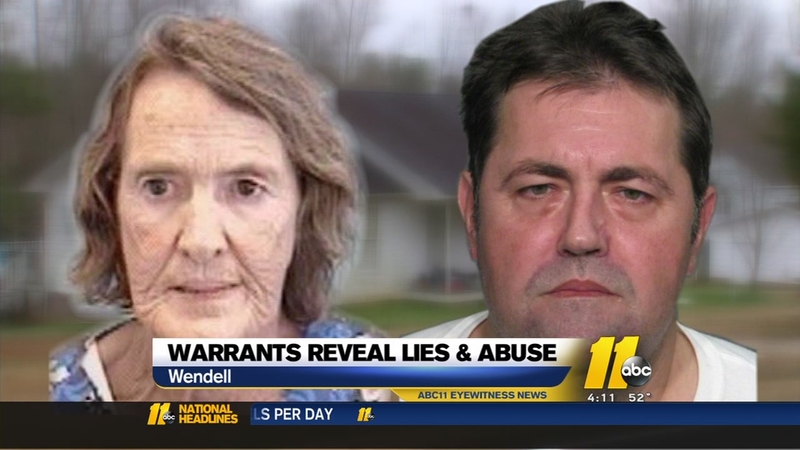 WENDELL, North Carolina (WTVD) -- There are flowers and a sign outside of Carolyn Fox's Wendell home. The poster was left there by a friend and bears one question: Where are you?

Fox vanished this summer and ABC11 has learned her son is suspected in her disappearance.

Since she vanished, investigators say Schrader has been making "large withdrawals from the joint (banking) account," and was seen by deputies setting fire to personal belongings he removed from the trunk of Carolyn Sue Fox's gold in color 2001 Buick Regal."

Documents also reveal that Fox, who was diagnosed with Stage 4 cancer, according to a friend, endured physical abuse.

She was once allegedly grabbed by the hair and dragged around the house by her son.

"He was abusive towards his dog in front of me," said neighbor Cara Thames. "He just gave me a really weird vibe."
We've learned Schrader got rid of his mom's pets not long after she vanished.

The Wake County Animal Shelter provided ABC11 with a surrender form from the day Schrader walked into the clinic, and left a pug and three Shih Tzus.

We're told the dogs now have a home, while neighbors wonder whether Fox will ever return to her home.

"Just to think that somebody could do that to their mom is disturbing," said Thames.

Schrader has not been charged directly in relation to Fox's disappearance.

He is behind bars right now, though, and being held on $200,000 bond. He is facing charges for abusing his mom and taking money.